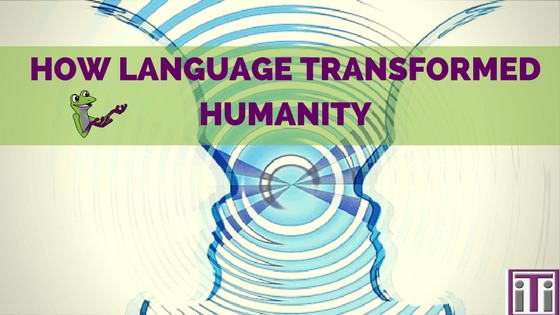 Language allows you to implant a thought from your mind directly into someone else’s mind, and [that person] can attempt to do the same to you, without either of you having to perform surgery.” So says biologist Mark Pagel in his July 2011 TED talk “How Language Transformed Humanity.”

In the 20 minute video filmed in Edinburgh, Scotland, Mark shares an intriguing theory about why humans evolved our complex system of language. He suggests that language is a piece of “social technology” that allowed early human tribes to access a powerful new tool: cooperation.

Language As Our Most Dangerous Trait

Mark begins by saying, “Each of you possesses the most powerful, dangerous, and subversive trait that natural selection has every devised.” He’s talking about language.

He says the power of language has always been recognized and cites the Bible’s story of the Tower of Babel as one example. Our different languages may exist to keep us from communicating with one another. Isn’t that ironic? Doesn’t that idea raise the importance of the role of translationand interpretation?

In the TED talk Mark proposed that man did not evolve for 300,000 years because of a lack of language.  With language humans began to reign supreme over all other animals on Earth. He discussed the importance of cumulative cultural adaptation, also called social learning. But then biologist Mark Pagel presents a surprising supposition: All social learning is visual theft. If we can learn from others we can steal their best ideas. This is why different languages evolved according to Mark.

Pack People Together And You Have More Not Fewer Languages

Common language evolved to unite a people and foster cooperation and progress. Once we have language Mark says we can put our ideas together and enjoy a prosperity we could not reach otherwise. His research shows that anywhere language developed there was an explosion of growth and advancement.

But another surprise is that in more populated areas humankind developed more languages. Mark says we have some 7-8,000 languages in the world today and the most languages are found where people are packed most tightly together. As an example he cites Papua New Guinea where there are 800 to 1,000 distinct human languages. There are places in Papua New Guinea where you encounter a new language every mile or two according to the video.

Perhaps the climax of the biologist’s argument is that with globalization we will move toward a single language. He gives examples of how in other major areas the world is evolving toward a common standard (metrics for measurement; hours, minutes, seconds for time).

And so in this video Mark Pagel’s major point may be, “It might be inevitable that we have to confront the idea that our destiny is to be one world with one language.”

We would love to hear your thoughts in the comments below! 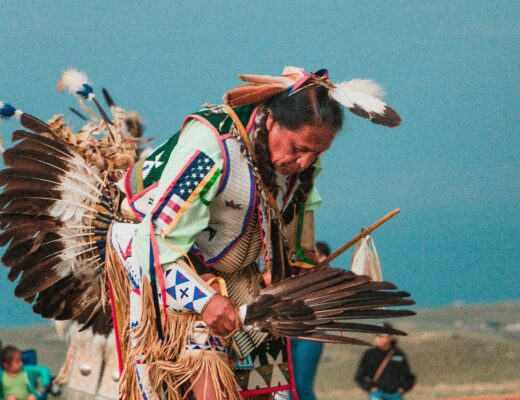