Over the past 40 years or so we’ve seen the world shrink. You’ve read about economic globalization and some cultural globalization. Around the world, you can walk through almost any major city and find familiar name brands, music, and cuisine.  Just think about Starbucks in China or a McDonald’s near St. Basil’s Cathedral in Moscow. But does globalization extend to business culture?

Christine Prantil on the Language Translation blog wrote that the concept of a “global culture” or even a “global business culture” continues to elude us.  Maury Peiperl, Professor of Leadership and Strategic Change at IMD in Lausanne, Switzerland said in a Fast Company article that dealing with foreign cultures in business is nearly as big an issue as it ever was.  “I spend my working days teaching managers from around the world and they never ask ‘What will the business culture of the future look like?’  Instead, they frequently want to know, ‘How can I work better across different cultures?’”

Maury emphasizes that regardless of economic globalization and gigantic strides in information technology, a multitude of cultural barriers still exist and remain as strong as ever. He sees no signs of these barriers weakening.  With regret, Professor Peiperl concludes the global culture that he once looked forward to being a part will not come about in his lifetime.

He even goes farther. Maury (Professor Peiperl) suggests that the very idea of a “global economy” actually strengthens cross-cultural communication obstacles. It does so by lulling us into a false sense of security by the belief that those very same cultural barriers no longer exist.

He wonders if the global economy is even coming at all. Perhaps the world is on a different path, “a meandering, endless journey in which we have to work across American and Afghan cultures today; Brazilian, British, and Bahamian tomorrow; and Canadian, Colombian, Chinese, and Congolese next week.”

As an example, Maury tells the true story of a British CEO who made a bad acquisition decision. The Spanish division director thought he had objected at the time but because the director’s objections were voiced only as questions (a characteristic Spanish behavior) the British CEO interpreted the Spanish division director as agreeing with the decision.

Doesn’t this speak directly to our world of translation and interpretation? Once again it’s evident that translating words from one language to the next is not enough. To reach a true global economy or global business culture we need to not just understand each other’s words but also each other’s culture, thinking, and manners. But remember that people’s beliefs, attitudes, and norms of behavior–the basic elements of culture–are shaped by the geographic and social surroundings in which they grow up. Without a deep similarity or a deep understanding of the differences we will always find it difficult to clearly and fully communicate across cultures.

How Close Do You Stand To People

In her article “Understanding the Importance of Culture in Global Business” Denise Pirrotti Hummel give the example of how close to stand to a person you’re conducting business with.

Denise says that on a sales call in the United States, the acceptable spatial proximity between you and your prospect is 2.5 feet. But every culture has a specific, acceptable space. In some cultures, standing with six inches of a person is considered polite. How do we bridge such important major differences in conducting business? It’s not possible to understand the culture of every person you might encounter. It is possible and important to be aware that these types of cultural differences and to honor them.

Other aspects of business communication vary greatly across the globe. Some cultures emphasize direct and simple methods of communication. Others rely heavily on indirect and complex methods. In “The Top Ten Ways That Culture can Affect International Negotiations” Law professor Jeswald W. Salacuse said negotiations may involve variations in how you use certain circumlocutions, figurative forms of speech, facial expressions, gestures, and other kinds of body language.

An Israeli And Japanese Cultural Difference

In a culture that values directness, such as the American or the Israeli, you can expect to receive a clear and definite response to your proposals and questions. In cultures that rely on indirect communication, such as the Japanese, reaction to your proposals may be gained by interpreting seemingly vague comments, gestures, and other signs. In the Japanese culture what you will not receive at a first meeting is a definite commitment or rejection.

To us at Interpreters and Translators this issue of culture in international business comes down to a willingness to listen to and understand other cultures. Beyond translating, or before translating, we need to have an eagerness to learn from others and their cultures. What do you think about this topic? Will we one day have a global business culture? Is that a goal worth pursuing? Why or why not? 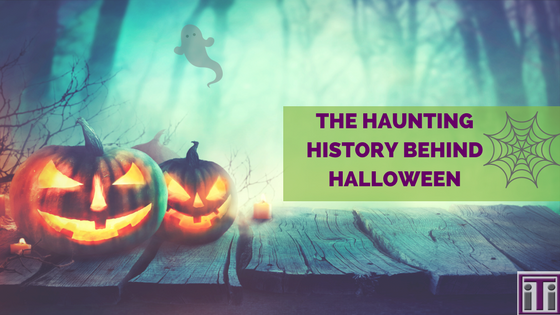