Texting, with its abbreviations, slang, emoticons and other quirks, may be ruining the English language. Or so scream some language experts. An August 2014 online article in Salon magazine presents a more evenhanded evaluation.

In the Salon piece, Cameron Hunt McNabb says the English language has a centuries old tradition of alternative spelling and abbreviations. In 2007, BBC reporter and presenter John Humphrys wrote the essay, “I h8 txt msgs: How texting is wrecking our language.” In the United Kingdom’s Daily Mail he railed against texting claiming that what texters and the SMS (Short Message Service) are doing to the English language is like what Genghis Khan and his vandals did eight hundred years ago. Texting is destroying the English language, he claimed: pillaging our punctuation; savaging our sentences; raping our vocabulary. Certainly, texting has many enemies besides John Humphrys.

Popular Beliefs About Texting Are Wrong?

But the Salon article brings up linguist David Crystal’s far more nonchalant opinion about texting’s impact on language. He wrote a clever rebuttal to the John Humphrys piece called, “2b or not 2b?” In that piece David argues that “all the popular beliefs about texting are wrong” and that “texting has added a new dimension to language use, but its long-term impact is negligible. It is not a disaster.”

Here are a few facts. Texting does employ various spellings, abbreviations and speech patterns. But these “adaptations” are nothing new for the English language. Did you know there was no standard spelling for the first 1,000 years of the English language’s development? Every word had four or five different spellings. Cameron’s Salon article says when the Oxford English Dictionary admitted “OMG” and “FYI” into the official lexicon in 2011, many people were  surprised to find that the first usages of these abbreviations predate the Internet age. OMG first occurring in 1917 and FYI in 1941.  Similarly, the popular “haha” of modern texting actually first appears in roughly 1,000 AD in Aelfric’s “Grammar.”

“Manuscripts were written on either vellum (dried calf skin) or parchment, by the hand of a scribe using a quill pen and ink,” Cameron writes. “The processes involved in everything from making the vellum and ink to hand-copying the text were incredibly expensive and time-consuming. Given the financial and labor costs, scribes maximized the amount of information that could be delivered in a short time and in a small space. The fewer and smaller the quill strokes, the better.”

The same logic holds for modern text messaging. Texting is designed to be a quicker, easier alternative to a phone call, so the fewest key or finger strokes is most efficient for time and space. No one likes those three-part text messages, often delivered out of order, like a textual jigsaw puzzle. Twitter has codified this system by limiting its messages to 140 characters, but the space restraints are still there on other social media outlets, like Facebook, that hide parts of posts that run too long.

David Crystal also says that Anglo-Saxon scribes used tactics similar to modern texting. One example might be abbreviations. They are so common in medieval Latin manuscripts that there’s an entire database devoted to them. Medieval manuscripts in English employ similar mechanisms, though they are less frequent than their Latin counterparts.

Sometimes, symbols were also used to indicate letters that were missing, or that a word had been shortened. The most common of these involve dashes over vowels to indicate missing “m”s and “n”s, which took up a lot of space because of their width and time because of the many strokes required.

Even Holy Writings Were Abbreviated

Cameron says even the Scriptures were not considered too sacred to abbreviate. Collections of the Gospels, employed a range of Latin abbreviations, including shortening Jesus Christ to “Ihu Xpi” and God (“Domini”) to “Di,” with overhead dashes to indicate the missing letters.

It’s too early to tell what effect Internet slang and texting will have on the English language. When you review the history of the English language you see similar adaptations have occurred in the past. And we haven’t even mentioned that the greatest writer in history, William Shakespeare played with language by making up well over 1,500 words of his own words.

“Nothing can destroy the English language,” says Damian Fleming, an Indiana University-Purdue University Fort Wayne English Professor. He too points out that shortening words has always existed in the English language and that in medieval manuscripts everything was abbreviated to save time. Not only is he not disappointed with how texting has developed, he teaches texting in his classroom.

Think about the longevity of the English language. It has adapted and changed with the times in the past. We think it will keep on going and adapt further in the future. 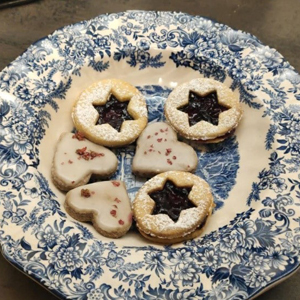