Here is a rundown of some areas for your team to consider when drawing up your strategy for that new region you plan to crack open. Launching an effective campaign in a new area is unfortunately not as simple as merely translating your text into a given language. To truly enter a new region with maximum velocity all of your content (i.e.-text and imagery) needs to be localized. When crafting content and deciding which markets to enter, do not dismiss any country or region that garners at least 5% of your overall traffic. In fact, you should already have content that is localized to these markets. If you are serious about entering a new foreign market, it almost goes without saying that you cannot solely rely on an English only site. Localizing the content shows a commitment and courtesy to the new demographics as they see content tailored to their very own language and culture.

Where to start can be a daunting task when formulating your international marketing efforts. A logical starting point is to calculate a budget for your website translation ambitions. Look at which markets you plan on entering and where your current site traffic is coming from. With the 5% rule in mind and an idea of the regions you want to target, languages with a high multi-country impact will begin to emerge. Third party research firm Common Sense Advisory, report that the top five languages besides English with high impact are: Arabic, Spanish, Russian, Dutch, Portuguese and Uzbek. With the regions in mind and the languages picked a content creation strategy can emerge. 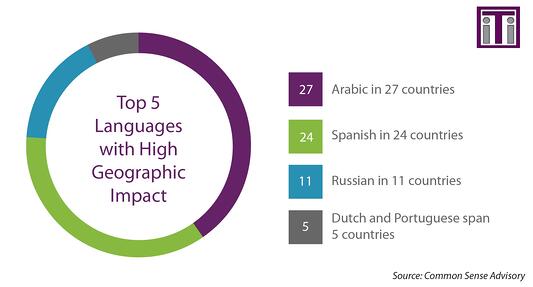 Advertising history is ripe in large corporations with millions to throw at marketing companies, only to have their localization efforts fail in spectacular fashion. Pepsi faced some blow-back from a known infamous campaign in China that went hilarious or horrifying rather quickly. The slogan “come alive with the Pepsi generation” was translated as “Pepsi brings your ancestors back from the grave”. Quite a claim to back up! An ad campaign by Schweppes was met with lackluster, as ads for “Schweppes Tonic Water” in Italy was translated into the delightful “Schweppes toilet water”. Yum.

There are many variables at play when evolving your site to appeal to such a wide array of people. Consider which language and how to display the default language in a target locale. This can get a little tricky in countries with multiple dominant languages. The two primary methods are to automatically have your site content translated into the most spoken language based upon the visitor’s country location or you can prompt them to pick their language upon initial site visit.

It is in your best interest to take some time to consider how in depth you want your user interface (UI) to be. You could take the simplified UI route and offer a brief menu of different languages. This is appropriate for sites with a moderate reach and only need to cater to 2-5 main languages. But for larger companies with vast global ambitions this will not perform nearly as well. The “short” language menu does not often easily take into account the various dialects that are also at play, Brazilian Portuguese is much different from European Portuguese and Spanish in Spain to Mexico etc. Not to mention it will also alienate populations within the country who do not speak the country’s mother tongue. An alternative, and often the most thorough is to have a “by region” or “by country” option display with all your predetermined languages offered. This method takes into account countries with multiple main languages and different respective dialects.

Another factor intrinsic to global success is your SEO translation strategy. Alternative search engines besides the goliath that is Google are gaining steam. In the U.S. as of 2015 Google still sits atop the hill with 64% of the share. This is being slowly eroded though as, Microsoft comes in at 2nd with 20% and Yahoo at 12%. The numbers are opposite though in other large markets. In Russia Yandex controls roughly 60% of market share and in China the colossal Baidu continues to reign at 56% of market share with over 500 million active monthly users. To have even have a modicum of success on an international scale these facts should be taken into account in the development of your strategy.

One of the most important factors in localization is having the impact of your source language’s imagery and text carry over into the target language. All imagery must take into account cultural values of the target audiences. Multiple factors come into play in localization from color use to even the positioning of the text. In the west, we read in an F-Shaped pattern as text is written left to right. This is not true in Arabic speaking countries as the text is read right to left. In Latin American countries, ads will place a greater emphasis on families, where as in the US, ads will tend to focus more on the product itself. Text can be further optimized before localization by avoiding things such as unambiguous language, idioms or mnemonic devices. As more scenarios emerge it becomes even more evident the plethora of variables that need to be taken into account for content creation strategy on a global scale to bare fruit.

Bringing It All Together

So here is the rundown of the key components that will assist your organization in realizing its ambitions on a global scale. First, through your online presence data, determine your target markets. With the audience defined, a content strategy can be developed. In turn the content can be created with the audience and personas now defined. So follows the localization of your website, mobile apps and all assets that encompass your entity’s online presence. Finally, solidifying the support infrastructure in place to back up all of the assets such as multilingual customer support via chat or over the phone for the native areas as well. With so many factors at play and various regions to consider it’s easy to see why your international strategy deserves significant focus, time and attention. With the right Language Service Company at your side there are no barriers between your organization and the new regions to grow into. 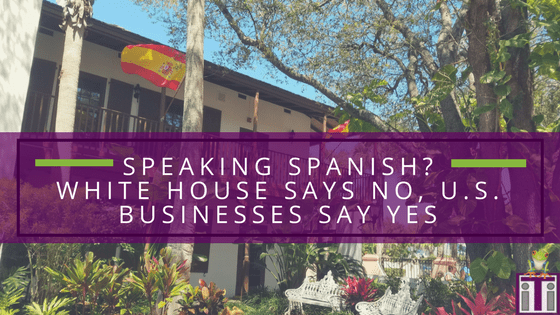 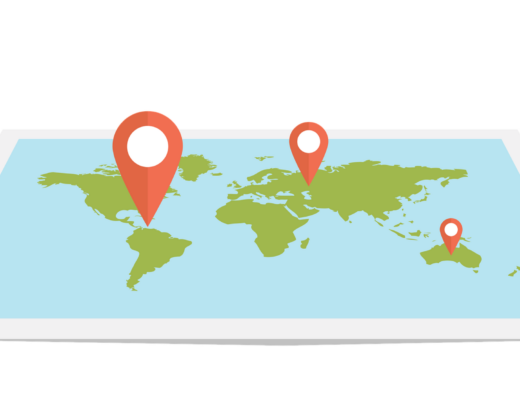