Hi there! It’s Terpii checking in from India!

I’ve spent the last few weeks flying my way through the 7th largest country in the world, the largest democracy in the world, and also one of Earth’s oldest civilizations: India. The richness of its culture is almost as diverse as the languages spoken here. Did you know that there are 22 primary languages in India, and within them approximately 1000 dialects! My ears have been hard at work on this trip!

Speaking of diversity, I feel like I’ve lost count of how many ecosystems I’ve seen in the past few days. I started my trip in North Western India, in the state of Rajasthan, where I flew high above the golden sand dunes of the Thar Desert. I could hear the language Dhatki (or Thari) as I flew over camels, and then slowly began picking up more Mewari and Hindi once I flew closer to the central city of Jaipur. Hindi and English are the official languages of India but Hindi is spoken in numerous styles throughout the country, making it more of a foundation for many dialects. The Hindi spoken in Eastern and Western India may seem as different as Spanish and Portuguese! Again, my ears were hard at work as I adjusted to each area’s idioms and accents! The English spoken in India also has a unique style, fused with various Hindi words, making it seem more like Hinglish. 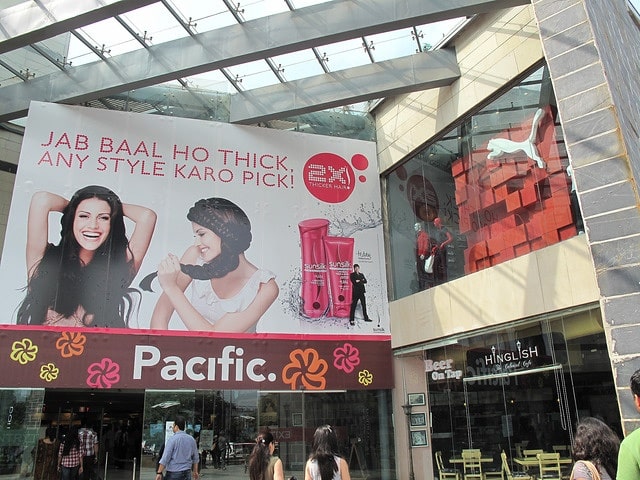 From there I had the choice to fly far north to the snow capped peaks of the Himalayas, or to head into the lush Ganges Plains, the most populated region of India. I didn’t have much rain gear with me so I decided against flying further East, which experiences monsoons and some of the highest rainfall in the world! The palaces and temples of Rajasthan were beautiful but I was still in the mood to see more culture, so I decided to slowly make my way northeast, traveling along the touristic Golden Triangle route from Jaipur to Agra. 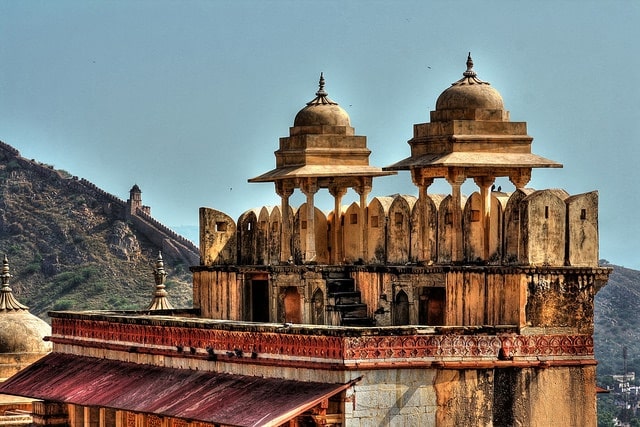 I was especially excited for Agra because it is home to the famous Taj Mahal, one of the world’s largest symbols of love and also one of the Seven Wonders of the World! Outside the Taj Mahal, I was reading the history of the Emperor who constructed it for his favorite wife when I overhead a tourist struggling to haggle for a bracelet his wife had fallen in love with. This was a tricky haggle considering the salesman spoke a rural dialect of Hindi known as Braj Bhasha. Thankfully I was able to help the tourist couple with interpretation, and they headed home that day from the world’s largest symbol of love with a little symbol of their own. 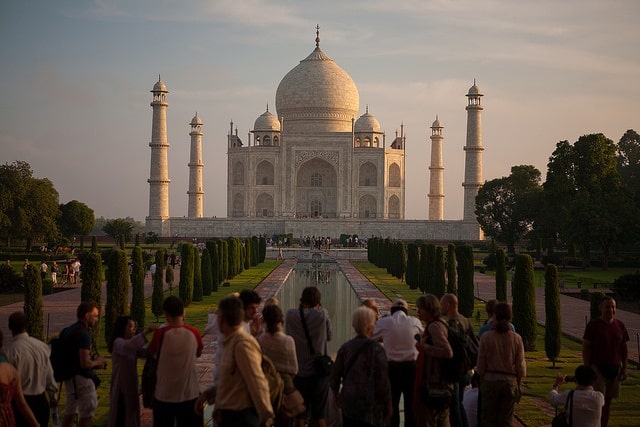 Next on the list was the capital of India, New Delhi! New Delhi is one of the largest cities in the world, with around 17 million people and 81% percent of them speaking Hindi. A great deal of business happens in Delhi as well, with many international transactions happening everyday concerning India’s largest exports: refined petroleum, diamonds, packaged medicaments, jewelry, rice and software. Flying over that many buildings (29,000 people per square mile = tons of buildings!), I overheard various international business transactions about to go wrong.  Luckily I was able to fly in through the window of an energy & utilities firm just in time to stop a man from ordering 500,000 units instead of 50 over the telephone! Talk about a close call. I happily hopped in to assist with some telephonic interpretation and made sure their firm was all good to go for the next quarter. 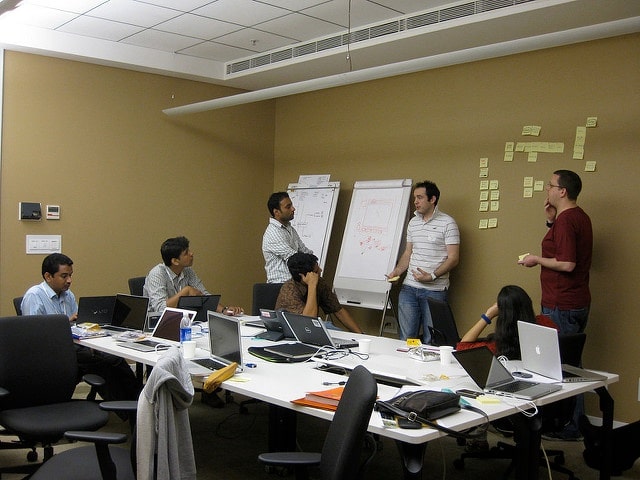 I also dropped in on a few international retail firms and helped with some input on their website localization project. One of them almost put hamburgers on their menu when 80% of India’s population is Hindu and therefore believes cows are sacred. To say the least hamburgers (and cows) in India are NOT to be eaten! I’m always happy to be of help during my travels, especially when other animals are involved! 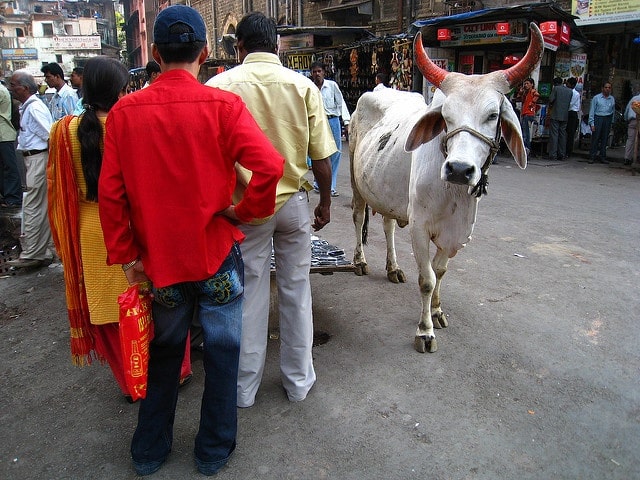 As I circumnavigated my way around the country, passing through Mumbai’s Bollywood and grazing through the spice fields of southern India, I overheard India’s biggest languages (Hindi, Bengali, Telugu, Marathi, Tamil, and Urdu) each spoken by at least 50 million people! And many of these people were picking or eating mangoes at the time.  Sure India has a lot of people and languages, but they also have a lot of mangoes! That’s probably because India is the largest producer and consumer of mangoes in the world. 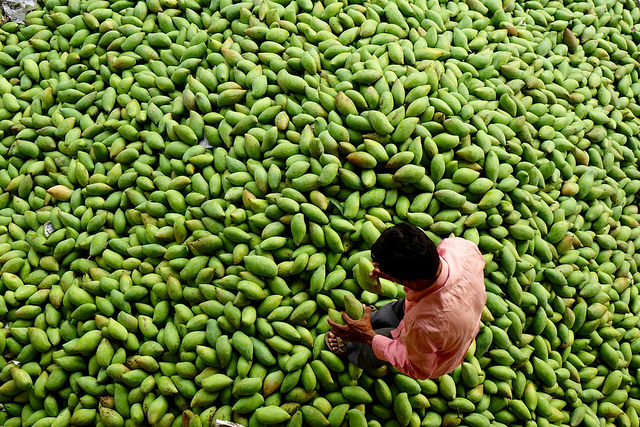 India is also the birthplace of yoga, so luckily I was able to work off all the mango delicacies I sampled with some Vinyasa flow. I’m pretty proud of my American Sign Language skills but I realized I have a lot of work to do concerning the shapes and signs I make with my body in yoga! And with that, I remembered there’s still more to learn and see, and plenty of people who will probably need my translation help along the way. I’m off now to my next adventure, so be sure to keep mangoes and iTi in mind next time you head to India for business. So long until next month! 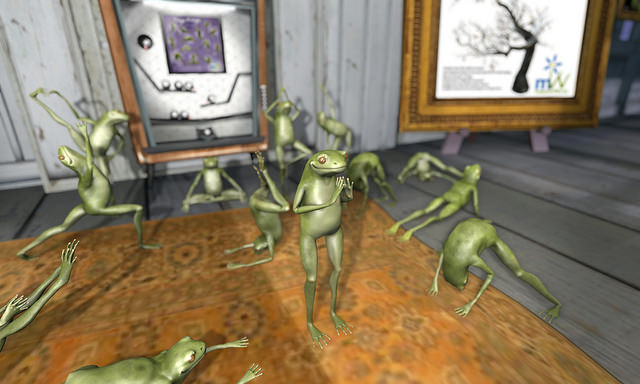 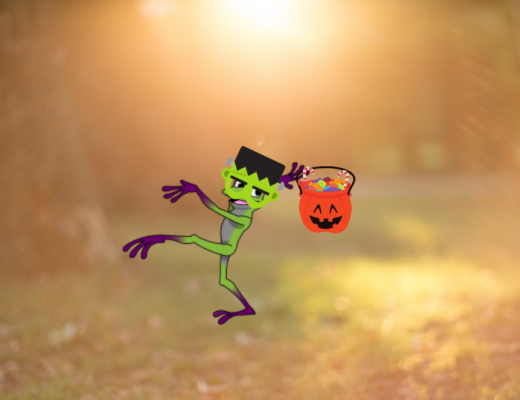 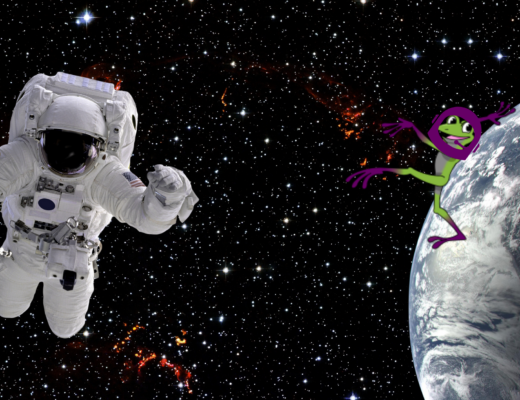