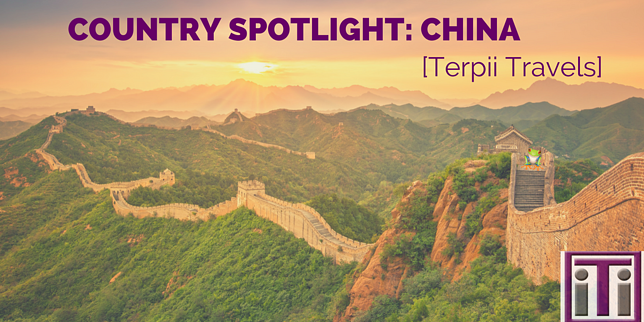 Hi everyone! Terpii here, reporting amongst over a billion people! That’s right, I decided to switch things up and fly far east to the country with the largest population in the world: China. Then again, there are lots of large things going on in China! The Great Wall of China is the largest man made structure in the world, spanning over 5,000 miles! China also has the second largest economy in the world after the USA. China is home to the beloved Giant Panda. The tallest mountain in the world, Mt. Everest, borders China and Nepal. China borders fourteen countries, and is home to the most spoken language in the world, Mandarin, with over a billion speakers! So, needless to say, there’s a lot happening in China! Lets check it out….

Between a powerful centralized government, and an abundance of natural and labor resources, China’s economy continues to boom. However, as I was flying around the country I began to overhear a number of important conversations needing my translation assistance and many seemed to be about counterfeiting. 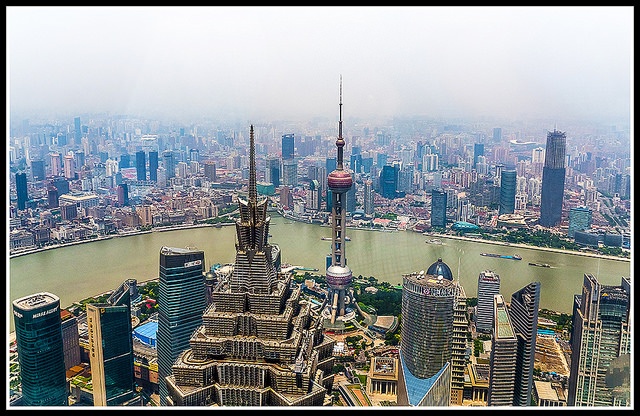 First, I was in Shanghai, admiring one of the tallest skyscrapers in the world, when I noticed something strange. As I soared around the Shanghai Tower at 2,000 ft, something in the air smelled different. I hopped down to the ground level and found the smell was coming from a great deal of people smoking.  This didn’t smell like any normal tobacco smoke though. Just then, a few feet away, I heard a young Chinese man ask an old kiosk salesman in Mandarin if his cigarettes were real or fake. I had never heard anyone ask that question before so I proceeded to inch in closer and listen to the conversation. The salesman appeared not to understand the young man and only shook his head. I realized he must speak one of the numerous local dialects of Shanghai, going to school before China began implementing Mandarin classes to create a national language. Now was my time to help while becoming informed! 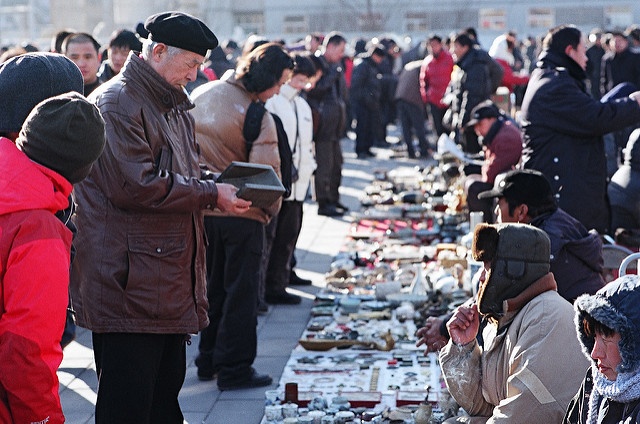 I hopped up and first asked the young man in Mandarin, “Hi there! Sorry to interrupt, but I was curious what you meant when you asked if the cigarettes were fake?”

The man smiled and replied, “Its no surprise it seemed like such a strange question to you, it’s a problem very unique to China.  You see, many cigarettes sold in China are fake.  Even worse, there’s seldom quality control involved in their production so you never know what you are smoking!  However, you can assume the nicotine levels are much higher and investigators have found trace amounts of…well…unsanitary ingredients.” Just then a rat ran by our feet. “Exactly!” the man laughed, “you get the idea.”

The older salesman still seemed to have no idea what we were talking about so I turned to him and asked in the Wu Dialect, “Excuse me sir, do you seem to know about the fake cigarettes circulating China?”

He excitedly responded, “Of course I’ve heard of them but how am I suppose to tell which are real or fake? Anyway, I’ve heard only a real industry expert can tell the difference anyway, and sir, I am no industry expert. I sell what I sell so I can afford to live.” Then he chuckled and continued to push his cart down the street. 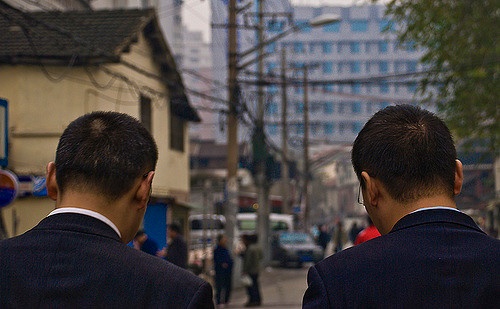 Holy moly! What a concept! However, this was just the beginning. I had worked with many companies in the past from the USA who were looking to outsource their manufacturing, so I had helped with their telephonic interpretation, video remote interpretation, and conference interpreting. I remembered all the questions I had to translate between the two entities regarding quality control. Never had I dreamed that counterfeiting could be so serious that it was not evident which products were fake or which were real! That’s when I saw a large crowd up ahead. 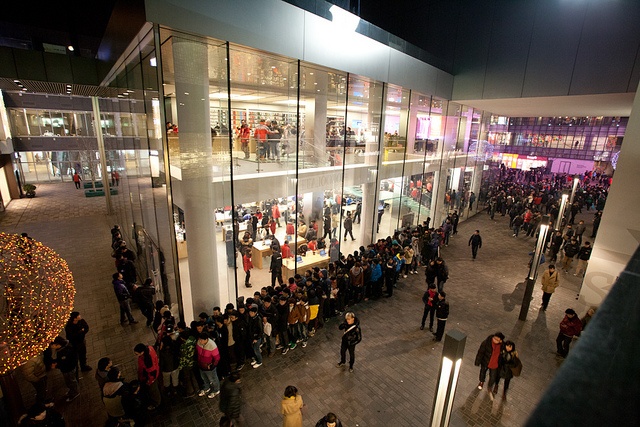 In the crowd, about 30 or so people were wearing blue t-shirts with the Apple computer logo.  The crowd seemed angry and confused. In front of the door stood Chinese officials accompanied by western looking gentlemen in business suits. Upon hearing them speak, I quickly realized they were from California, USA so I hopped up to hear what all the commotion was about.  A young girl in a blue shirt, holding a clipboard, had also walked up to these men and began demanding answers in Mandarin. The gentlemen looked confused so I hopped up on the girl’s clipboard to be of some help. 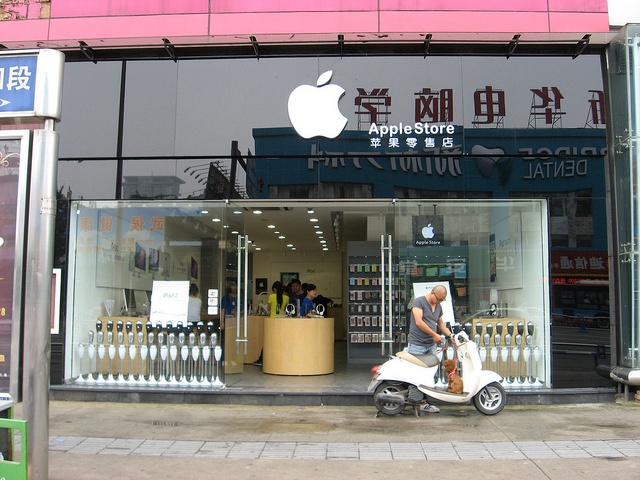 “Hello Miss! What seems to be the issue here today?” I asked kindly.  The girl was very upset but she calmed down a little to answer.

“I don’t know, I’m so confused!” she cried. “I came to work today and found out that the store has been shutdown but I have no idea why! Did I just lose my job? They are suppose to give a notice or something, aren’t they?!”

I looked over at the gentlemen and asked them in American English, “Excuse me sirs, but this girl is very upset about apparently just losing her job. Is this Apple store really closed forever? Why?”

“I’m afraid so,” they replied, looking rather solemn. “We represent Apple and have come to find that at least 20 stories in this district have been posing as official Apple stores. However, unfortunately for us and these employees, they are fake. The products are all knockoffs and they even copied our marketing and storefronts. Indeed, it was very hard to recognize, but once we noticed that there were stores in parts of the city we had no record of, we went inside and quickly realized the associates had not been properly trained. This led us to research more and found out that this is a national level problem.  Many of the people in China believe they have Apple devices when they in fact do not!”

I nodded, and turned back to the girl to explain.

With an economy growing so quickly, and so much international business of all sorts taking place, I realized I might be able to be of lots of help to the businesses and organizations from or entering China. However, I’ve still got a lot of traveling to do this year so Ill just have to swing on by another time! If any of you readers out there want to complete an interpreter training to work in this massive this market while I’m gone, or if you’re a company needing website localization, interpretation, or translation services, remember to contact my home Interpreters and Translators, Inc. (iTi) for help until the next time I just happen to swing on through! Until next time China! 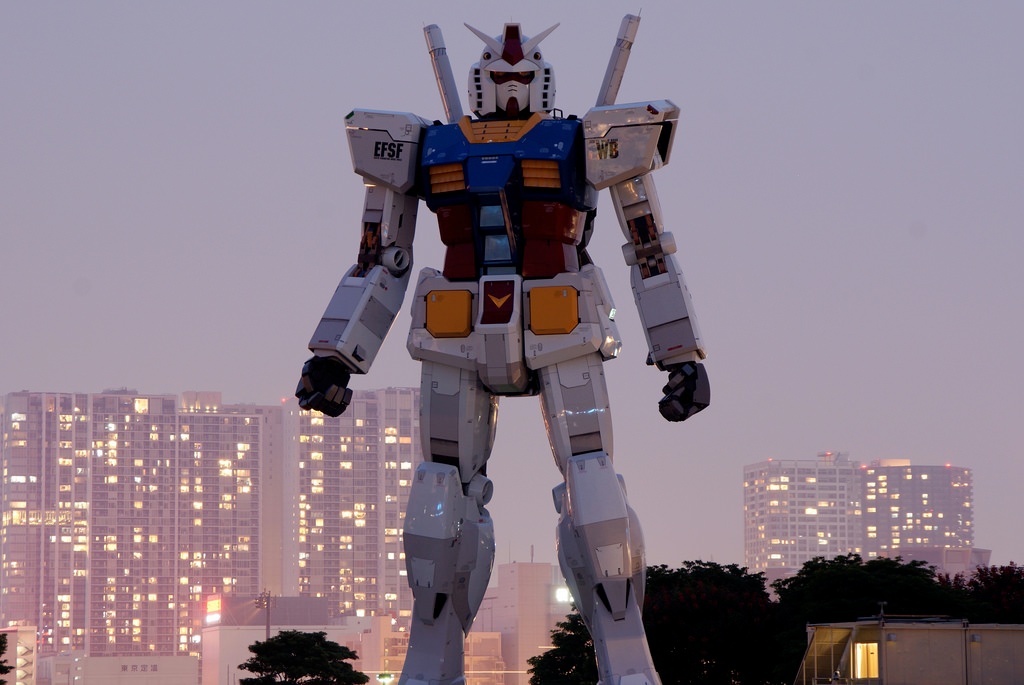