I’m back again to share with you my latest Terpii adventure and boy has it been another fun one! I was in the mood for something in the deep south this time around so I headed to the land of wine, icebergs, and one outlier of an economy…Argentina!

Their Italian sounding Spanish has long since fascinated me so I wanted to hop on down to the home of the most southern city in the world.

Argentina may be as complex and mysterious as its landscape.

Did you know that although the official language of Argentina is Spanish, and many indigenous groups still speak their native languages, there are also people who speak Welsh?!

South America is a product of many explorations and conquests by various European groups, resulting today in a continent filled with diversity. 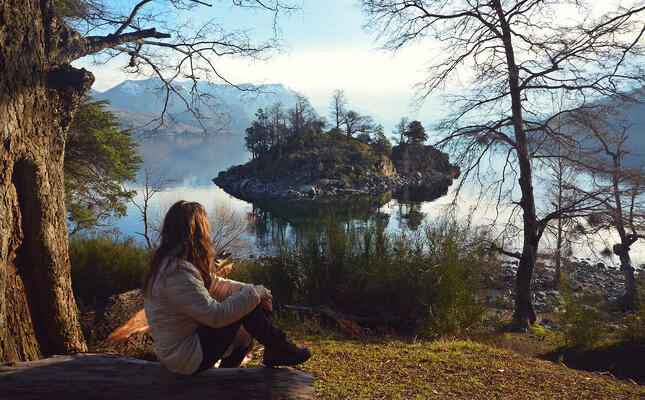 Fueling my southern exploration urges, I decided to start first in Ushuaia to test out my language skills in the most southern city in the world.

As I hopped down, I passed quite the assortment of sights!

Surprisingly much of Patagonia was flat, with short lying vegetation offering up an ideal environment for their large cattle industry.

Then, out of the flat lands would spring the most beautiful mountains you could imagine, with glowing blue lakes and rivers. Ice and snow covered their peaks, and rock climbers all had pitched their tents along the vertical mountain faces.

I felt the winds pick up and temperatures drop, and I knew I was getting close to Ushuaia.

As soon as I arrived, I stumbled across my first translation situation.

A group of young French tourists were looking for a guiding company to help them explore the nearby mountains.

They had knocked on the door of a local agency but were unable to communicate with each them very well.

I jumped in to help. “Excuse me, can I be of service?” I offered up.

The French travelers quickly explained to me what sort of guide service they were looking for and I, in turn, explained to the Ushuaian guides what they wanted.

Once they offered back a price, the French nodded cheerfully and headed down the road to compare with another agency.

The Ushuaians exhaled deeply and turned to thank me. “You know,” they said, “we speak Spanish, German and even a bit of Portuguese, but you can’t learn all the languages can you?”

I chuckled and said “Well, actually..” and slipped them my card, offering my services whenever they needed me.

Being able to speak every language is the best, especially in an international hub such as Ushuaia!

I had come to practice the local dialect of Spanish but over the course of a few hours overheard Russian, French, German, Portuguese, Dutch, English, and Hebrew!

I took a few selfies next to the stunning glaciers and moved my way north in pursuit of more Argentine Spanish.

As I passed through El Chalten, a favorite destination of the founders of Patagonia and The North Face, I stopped to share a mate, or a local tea, with some Argentine gauchos.

“You’re not allowed to say ‘thank you’ until you are finished with the mate. If you say ‘thank you’ we know not to pass it back to you,” they explained to me, resting on a horse’s blanket under a tree.

I nodded and drank up the energizing tea, suddenly feeling anxious to keep traveling north through this large country.

I finally thanked them with a friendly ‘gracias’ to let him know I was done drinking tea.

One gaucho smiled back and thanked me back for sharing his mate with him. When he said ‘gracias’ though he sounded like he was only saying half of the word, his accent indeed very thick from living in this part of the country.

He sounded more Italian than other Spanish speakers I had met, but it still wasn’t the accent I had in mind when I hopped on down here.

Patagonia, although only a region of Argentina, kind of felt like its own country.

So I continued on! 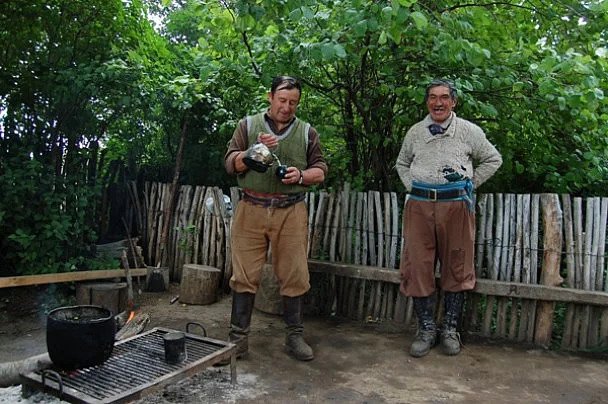 The father north I traveled the warmer the weather became and denser the vegetation.

Soon I was hopping through wheat, soybeans, rice, flax seed, sugarcane, etc. They were growing everything!

As soon as I saw a man getting in a fancy new car, I hopped on over, sure he must have been the owner of one of these giant plots of agriculture.

“Excuse me sir, are you heading to Buenos Aires by chance? And could I catch a ride?” I asked.

“As a matter of fact I am. I’m on my way to meet some businessmen from China in Buenos Aires. Did you know Argentina, an amazing country by the way, is the fifth largest wheat exporter in the world?! So of course many people want to meet me about my wheat. Unfortunately, it’s not always the easiest negotiating business deals with such foreign languages!”

“I can help,” I offered up. “I speak Mandarin as well as other dialects from China!”

As soon as I said it, we were off on our way to the capital. 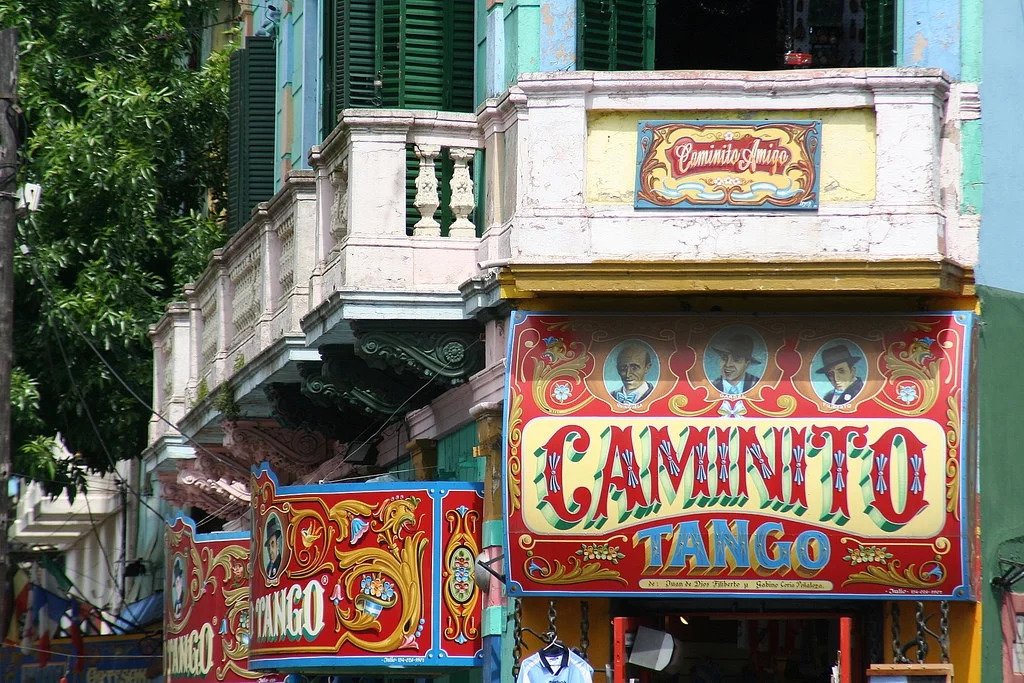 I helped the Argentine farm owner to negotiate fair prices for his wheat, soybeans and sugarcane with the Chinese businessmen in Mandarin and by the end of the day, with my help, they were sitting down cheerfully to share a famed Argentine steak over a bottle of Argentine wine.

As soon as we all sat down I realized we were at a tango show and a young waitress had come over to take our order before the show started.

Each word she poured out of her mouth very much like the smooth Argentine wine flows. She did in fact sound very Italian!

Understandably, 100 years ago numerous Italian immigrants came to Argentina for work and hence had a huge effect on the language. It almost didn’t completely sound like Spanish, but I had to admit it was very beautiful.

“There is so much to see and do and taste in this country!” I laughed, turning to the Argentine farm owner I had helped. “That’s true! I told you, its an amazing country!

Also sir, you haven’t even seen the half of it! We have Iguazu Falls on the border of Brazil, we have wine country including the famous grapes of Mendoza, the desert of Salta in the north, and for a polyglot such as yourself you would probably enjoy the local indigenous languages of the north or the Welsh in Chubut, Patagonia!”

Taking his advice, I decided to explore more, during which I would find inspiration for my next destination.

So until next time, stay tuned Terpii readers! 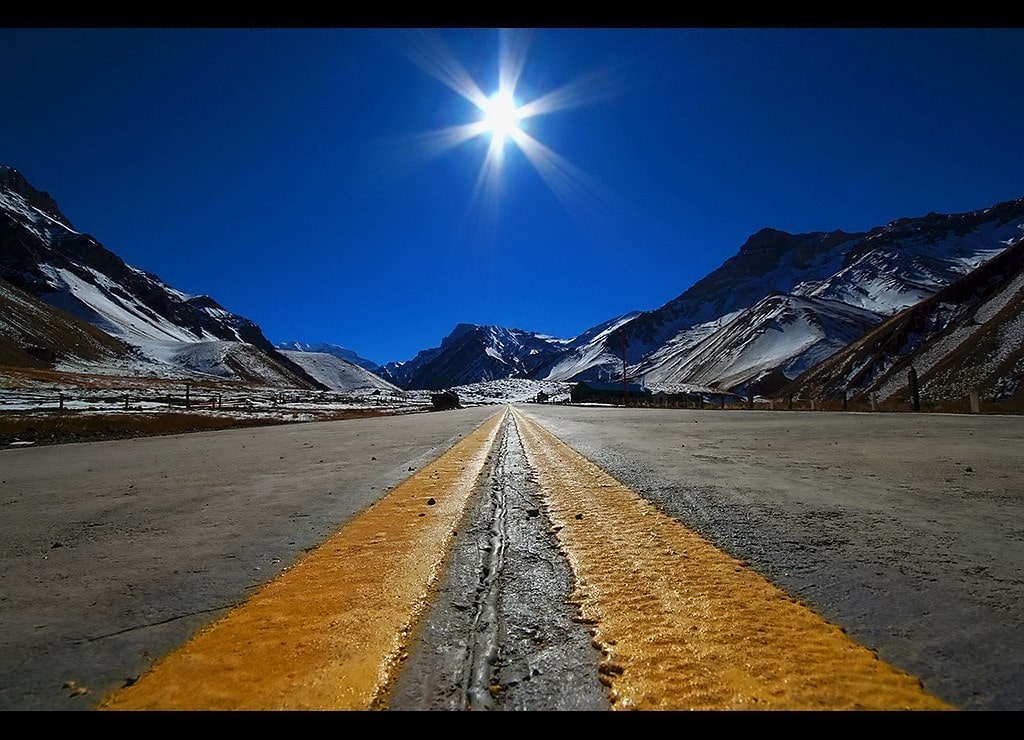