Hey there everyone! It’s me Terpii, and I’m back to report on some more of my global adventures!

This past month I realized that I haven’t gone to any middle eastern countries yet and so I decided to hop on over there straight away. Based off my work experience, I knew that the United Arab Emirates was a growing economy and supposedly one of the best countries to live in. I had to check it out for myself! 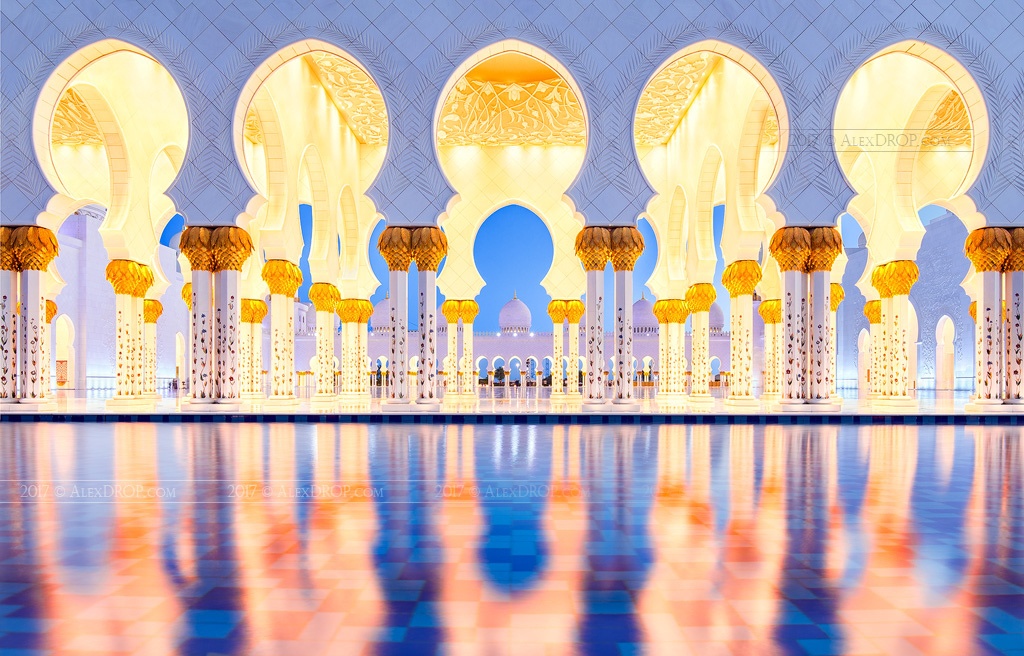 In the United Arab Emirates (UAE) the national language is Arabic, however since Dubai is such an international city filled with foreign business, English is commonly spoken. Also, the UAE is filled with international expatriates from various parts of Asia, so it’s easy to come across Hindi, Urdu, Tagalog, Farsi or Mandarin being spoken. Around 75% of Dubai are expatriates.

My kind of international hub! 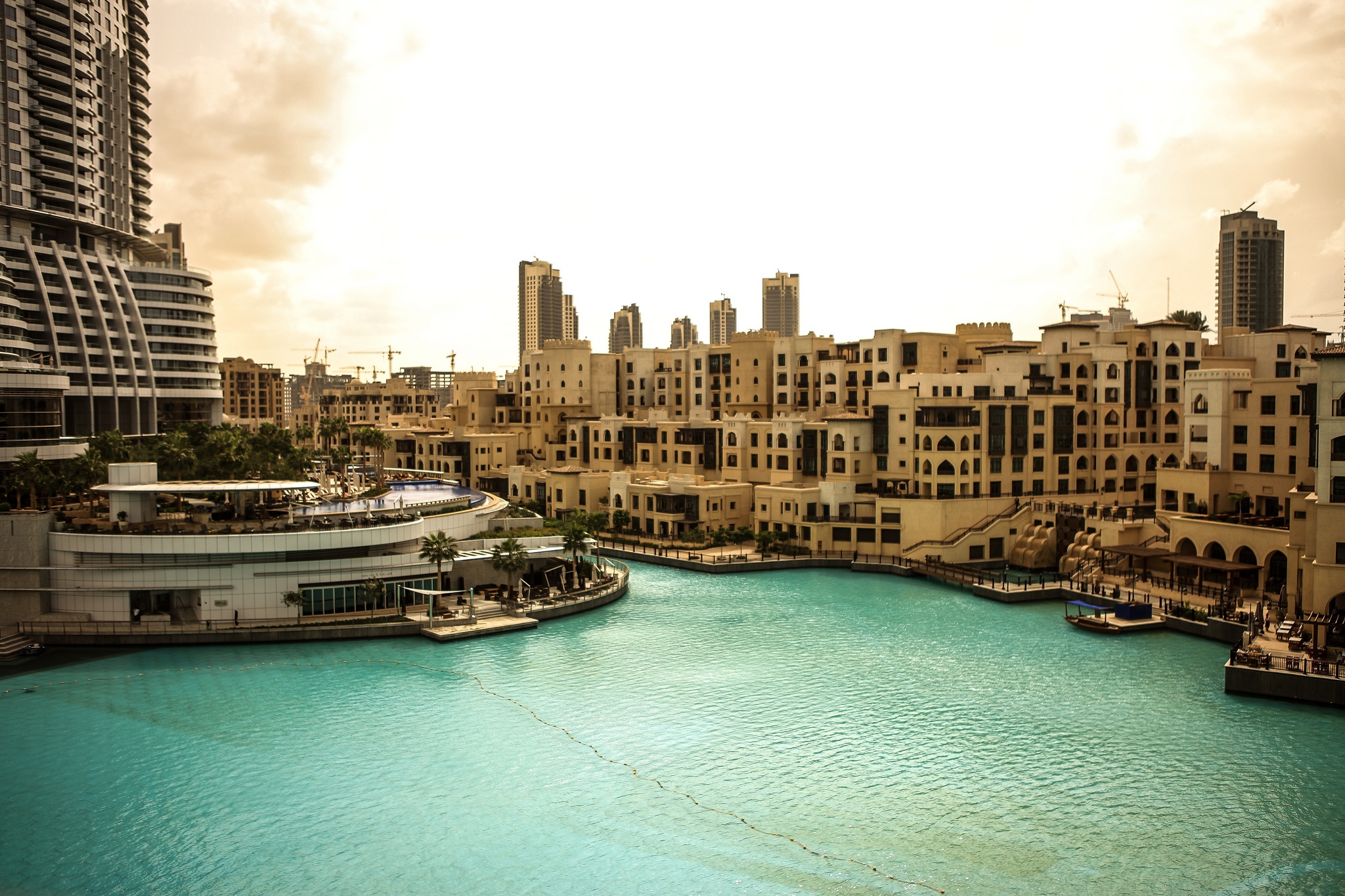 As soon as I arrived in Dubai, I stumbled across my first translation mission. I was hopping past Duty Free when I saw a posh Russian woman struggling to ask a jewelry salesperson about a pearl necklace.

The sales girl was trying very hard to guess what the woman was saying but of the languages she spoke, Russian was not one. “

Hey there! Can I help you two communicate real quick?” I asked with a smile.

The sales girl’s face washed over with relief. “Yes, thank you!” she smiled, turning back to look at the Russian customer confidently.

“How can I help you Miss?” she asked in Arabic.

“Where are these pearls from? What kind of quality are these?” asked the Russian woman, “I didn’t know they had pearls in this part of the world.”

The sales girl happily explained that long before the oil boom, the UAE’s economy was supported by the pearl trade. In fact, artifacts have been found supporting evidence that people have been pearl diving in the UAE for over 3,000 years!

“In fact,” she chirped, “pearl diving really drove our big cities like Dubai and Abu Dhabi to be founded.”

Wow, that is pretty cool!

Upon leaving the airport, I was pretty proud to have already helped one group with translation. What other languages and situations could I find out here in the Middle East?

I headed to downtown Dubai to dive straight into where all the international business happens.

Did you know that the UAE has one of the most open economies in the world? This is probably largely due to their location which allows them to serve as a middle point between India and East Africa where a great deal of trade happens.

To try to visualize this myself, I decided to seek out the best view I could of the UAE, and where better than the tallest building in the world?!

The Burj Khalifa stands at 2,700ft, and inside there are many businesses from all over the world. I had a feeling this would be a great place to stumble upon my next translation opportunity.

As I hopped by one of the building’s luxurious office suits, I heard a gentlemen who sounded like he was from the United States struggling to speak with an Arabic speaking businessman.

However, before I could hop in, another business woman stepped in and started speaking to each of them in their respective languages. Once the gentlemen finished their conversation, I hopped over to talk to the woman who had come to their rescue.

“Hey! That was some pretty impressive interpreting. How many languages do you speak?”

She smiled and said, “Well, on a day to day basis I mainly speak English and Arabic, but my native language is actually Urdu.”

I hopped up with excitement. “Wow! That’s great, did you learn all those languages for work or did you speak them before?” I asked.

“Oh well, I grew up in Pakistan speaking Urdu, and English I learned at school. However, my English must be much better now with all the international business we do. In fact, my company is a construction company, and their headquarters is in the United States. The first gentlemen you saw just now is from that sector and he is on a trip visiting our Dubai office. The other gentlemen who does not speak English is one of this office’s largest real estate developers. We build most of his projects, and he has quite a lot of them. I suppose I really only picked up Arabic when I moved to Dubai, although I did know some from school and media.”

I was pretty impressed, but it’s hard not to generally feel awed when you are standing in the tallest building in the world!

“So you came to Dubai for work?” I asked, curious about the international community here.

“Yes, there are so many opportunities in so many fields here. I believe about 80% of our population are expats! Also, the government is trying to diversify the economy with their 2021 Vision, becoming not so dependent on the oil market. So we have a lot of emerging sectors here as well, including heavy industry, transport, petrochemicals, tourism, information technology, renewable energy, aviation and space, as well as satellite and telecommunications. The UAE’s largest airlines Etihad and Emirates have also helped the tourism to boom, which expedites all this change.”

I let myself absorb all that information. “Wow, a lot sure is going on here!”

She nodded happily, “It’s a great time to do business in or with the UAE, we are actually even ranked as one of the top 5 fastest growing global economies.” 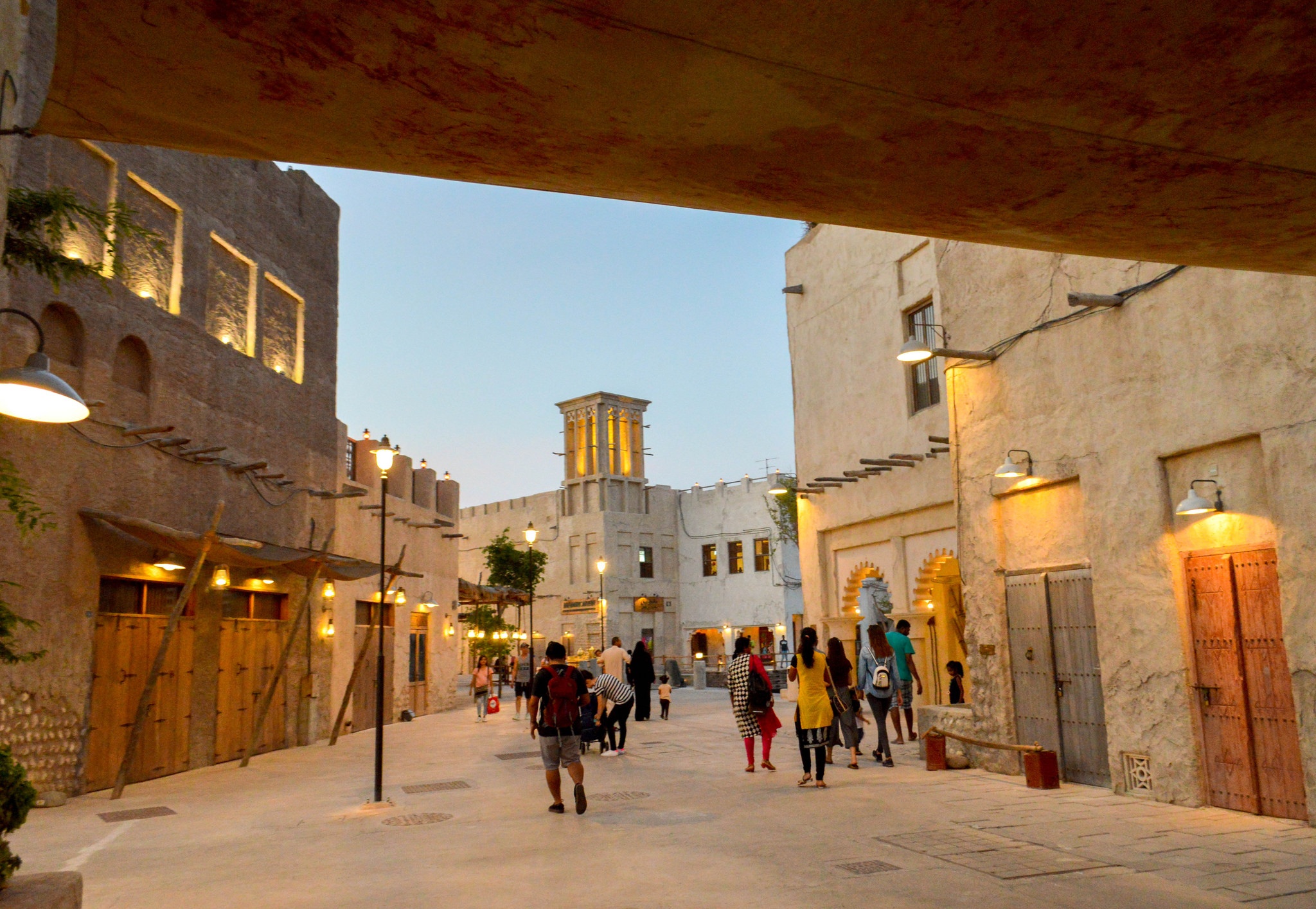 Just then a group of businessmen from China and Singapore walked into the conference room behind us.

“Ok, well I have to go to a meeting now. Hey! If you speak Mandarin, would you mind helping me translate for this one?”

I hopped up with happiness. “Of course! I’ve never helped translate in the world’s tallest building before!” She smiled and led me into the meeting. 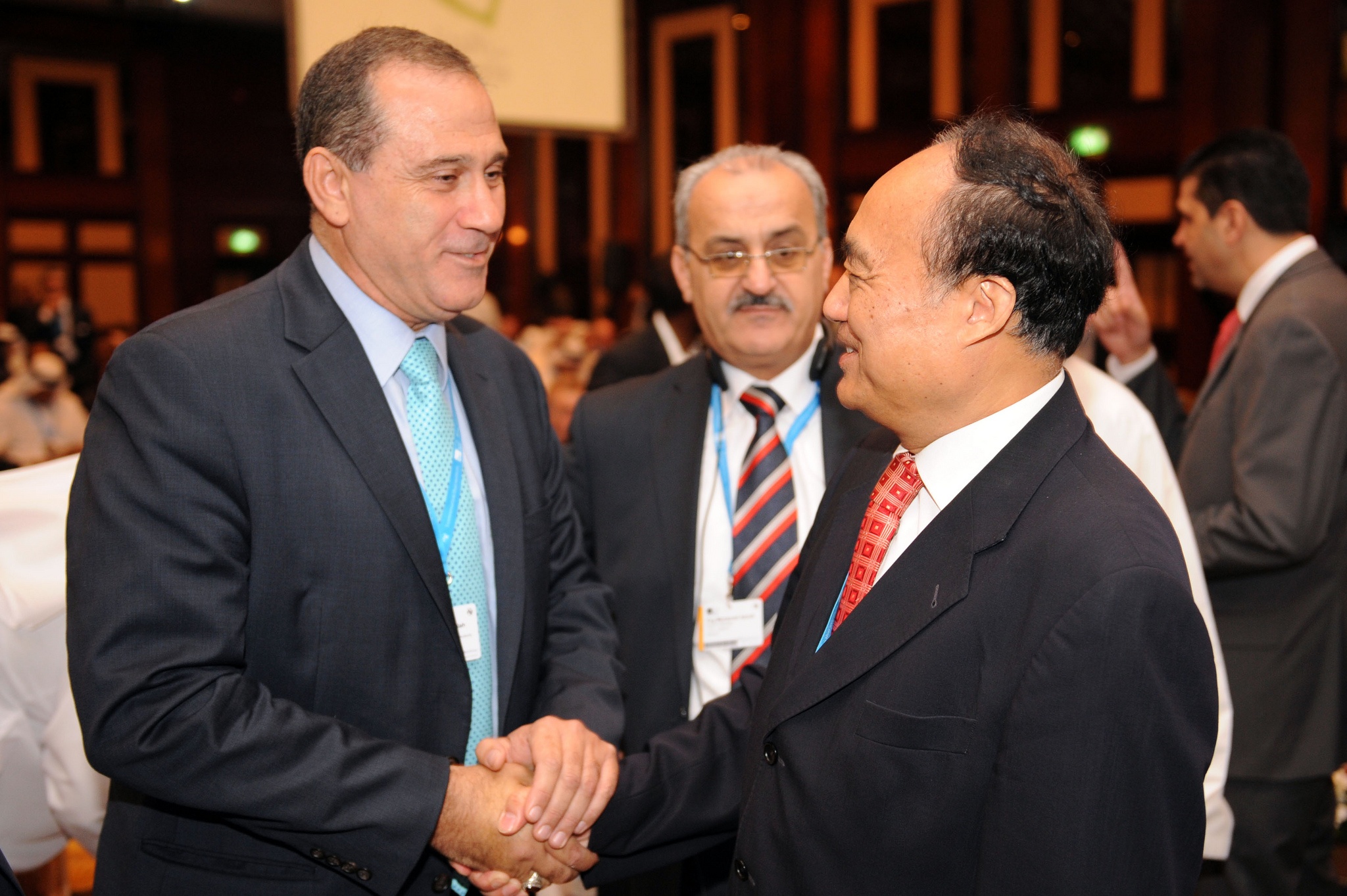 My time in Dubai has been nothing short of amazing but it’s only one of seven different emirates in the UAE! That’s why it’s called the United Arab Emirates, there are multiple emirates united to form one country.

Before I hop off to my next adventure, I’m off to explore the other six and see what kind of development is happening there. I know Abu Dhabi has a lot going on!

Until next time friends, happy translating! 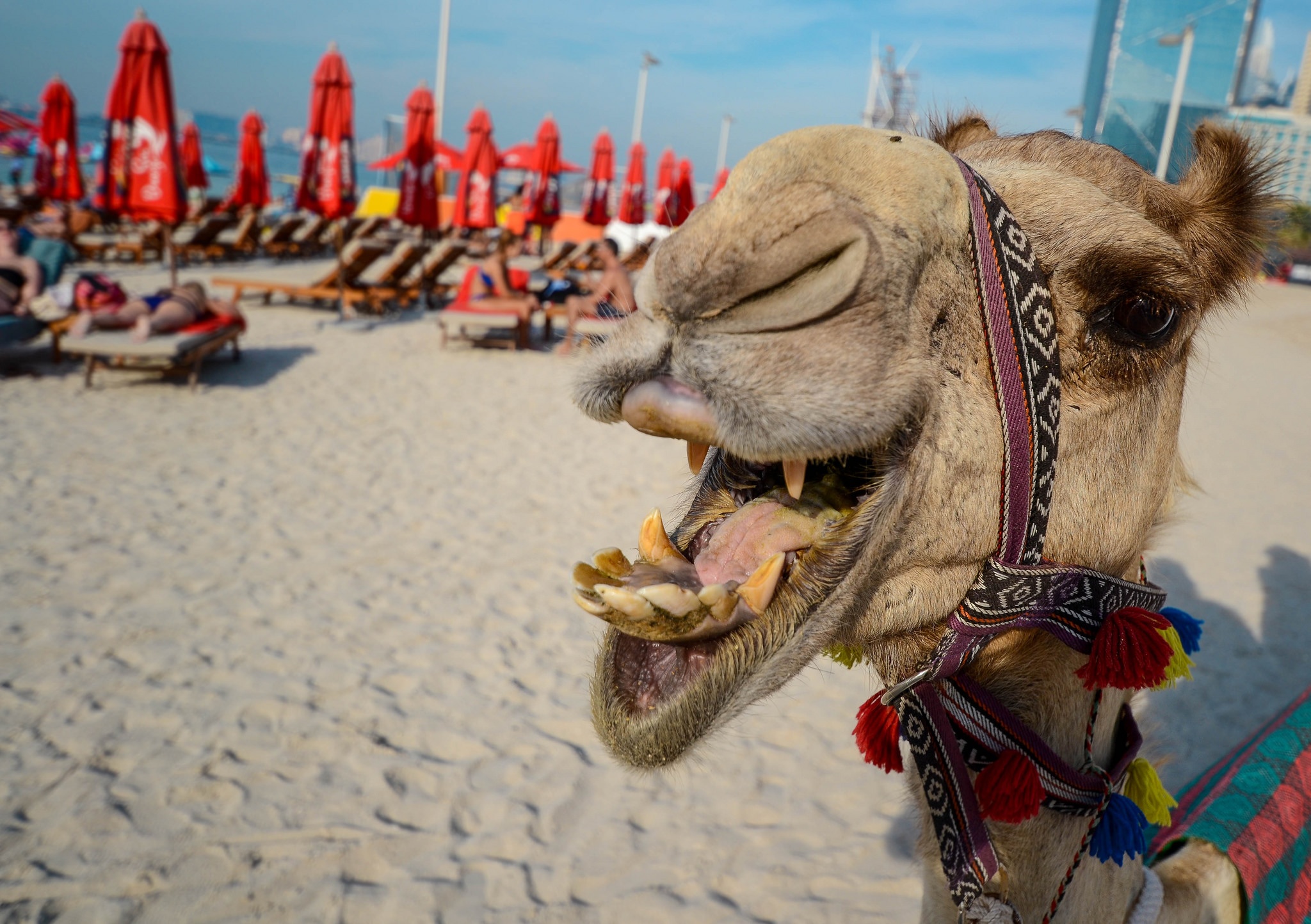