Hey Terpii followers! Have you been checking up on my Instagram? I’ve been trying to keep you in the visual loop with my global adventures!

Hopping all around, I’ve been seeing all kinds of great places. Most recently, you may have noticed that I’ve been in Italy. Between the food, countryside, food, cities, art and FOOD I have been having a difficult time pulling myself away!

Having spent a lot of time in New York, most of what I knew about Italy was from Sicilian or Roman culture.

Sure we all know about pizza, which started out in Naples.

Sure, we all know about the Sistine Chapel, but I’d heard the lines were very long.

I started to realize that most of my friends had largely just been to Southern Italy or perhaps Venice, but what about the rest of Italy?

After speaking to a few friends, I realized that perhaps what I was really looking for was a lesser known side of Italy …the northern side!

I was debating if I should start in a city or in the countryside when someone recommended Lake Como or Lago di Como in the north, near the border of Switzerland.

When you think of Italy, giant snow covered peaks and glacial lakes may not immediately come to mind, but mix that with fairy tale like villages and you’ve got Lake Como.

Okay, okay, it may not be exactly “off the beaten path” but the winter is their off season and it was still amazing! Lake Como has been a gathering point for centuries, attracting everyone from Ernest Hemmingway to George Clooney and it was the birth place of the physicist Alessandro Volta, credited with the invention of the electric battery and the discovery of methane! The sculpture pictured below was created in his honor. Such a cool and unique sight! 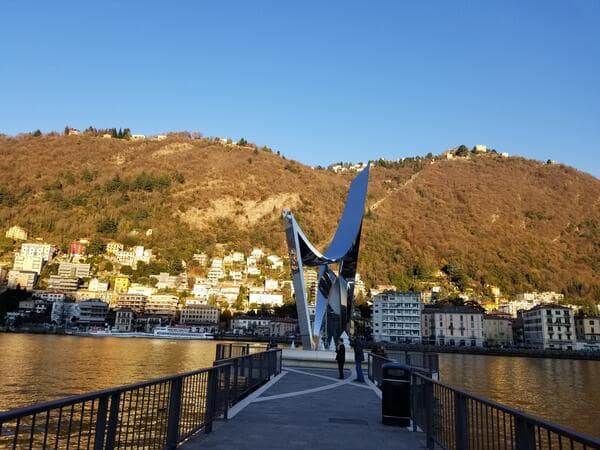 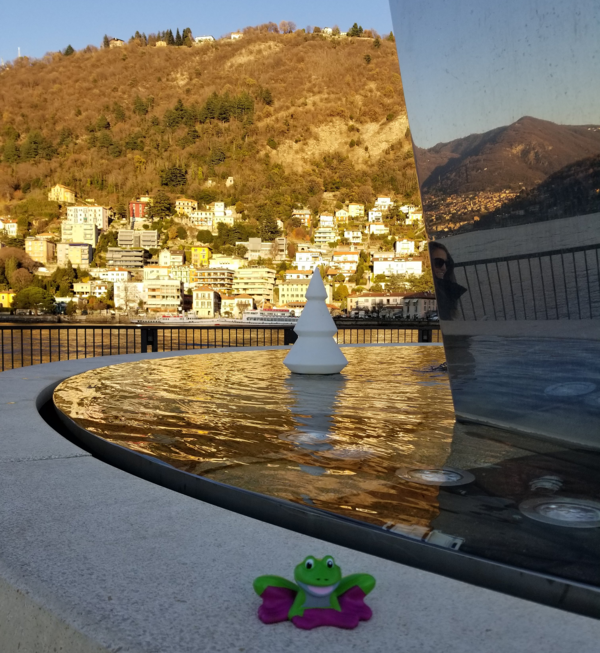 Due to its proximity with the border, many languages can also be heard here. The French and Swiss languages are all around and their influence can be heard in the Italian speakers’ voices. The northern Italian dialect is much different than what you’ll hear in the south. Drinking espresso at outdoor cafes in the main square, I was practicing these languages and dialects in Italian paradise.

Oh, I can’t forget to mention that Como had the most epic Christmas decorations and light show I have ever seen! 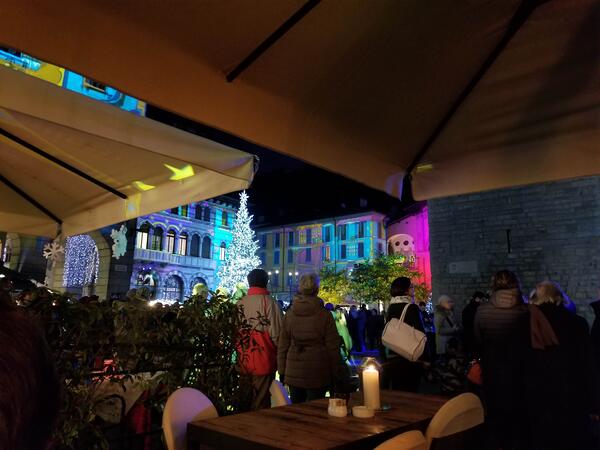 Next up, I decided to hop through Milan on my way to another lake, the largest in Italy, Lake Garda or Lago di Garda.

Beyond the fashion, Milan is captivatingly beautiful. The whole city is designed around their Duomo di Milano, a magnificent cathedral built in 1386.

All Milan streets either branch out from the cathedral or circle it. Milan also has Italy’s oldest shopping mall, Galleria Vittorio Emanuele II, named after the very first king of the Kingdom of Italy.

Here is where my first translation opportunity arose. Inside a popular Italian boutique, the store owner was struggling to speak with two buyers from China and Singapore. I hopped in to help. “Buongiorno! How can I assist?” I asked in Italian first.

Relieved for some assistance, the store owner shoved a spreadsheet towards me while emotionally crying out, “What can I do? I don’t understand what they’re asking. We had agreed to send them some merchandise but this price is just too low. This is couture, high fashion! We are Italians, we are luxury, not bargain basement!”

I nodded and explained in Mandarin what the store manager had said.

The woman from Singapore nodded, “We understand, and that is what we want. High end, unique products for our clientele. But we will be ordering from her on a long term plan, so we proposed a discount to ensure a happy business relationship going forward. Many of our clientele love Italian fashion and know Milan is where to come for this. By her accepting our proposal, we promise to exclusively work with this store as our Italian brand.”

I nodded and once again translated for the Italian manager.

“But this is art! How can you put a discount price on art?” she cried dramatically.

“Ahh cultural differences,” I smiled in Mandarin. “You see, in Italy, it is common to openly express how you feel about business. Also, Italians must trust you when entering a business contact. She is probably just feeling you out. Perhaps counter with a smaller discount for yourselves but write in the contract that there is an option to renew rates after 6 months if all goes well. She may be more likely to trust you and discount her price then.”

The two buyers smiled  noand politelydded. Once all was agreed upon, we all shook hands and everyone was smiling.  I was off to the north for more translation fun! 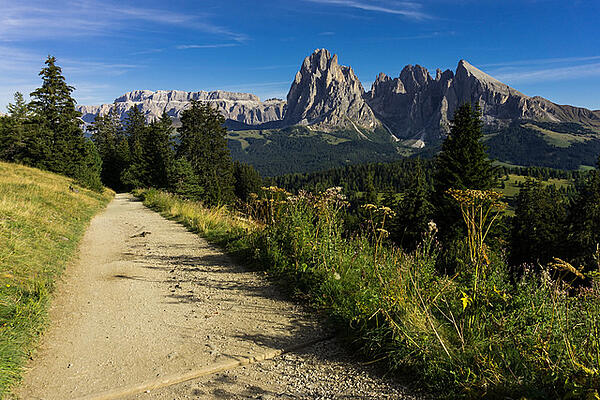 Traveling up to Lago de Garda was like being in a fairy tale. The waters were blue, the mountains were green, and the buildings were romantic and painted white. I was in a dream.

Once I reached Riva del Garda, the main town to the north, I enjoyed a gelato and began speaking with locals also enjoying their Italian ice cream.

“Oh but you must go to the Dolomites!” they exclaimed, eyes full of excitement. Like Lake Como, James Bond and Hollywood has been known to frequent the Dolomites, a beautiful mountain range filled with villages that appear more Austrian than Italian. It looks like the “Sound of Music” come to life.

In fact, this part of northern Italy, which borders Austria, was once part of Austria. Many of the cultural attire, food and habits are very Austrian influenced. Since it was the winter, everyone was skiing and playing winter games. I had no idea Italy was so diverse!

As I ordered hot tea with honey, the locals explained to me that their word for honey was actually different than the rest of Italy. Their language was a hybrid of Austian, Italian and slang! It seems even I have to brush up on modernizing my translation abilities sometimes! I hope I’ve inspired you all to visit northern Italy on your next trip, it’s definitely worth your while. In the meantime I’m feeling inspired…where do you think I’ll hop to next?! 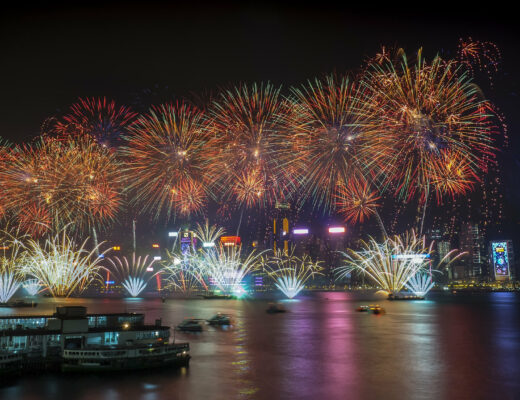