How to Create Your Own Fictional Language

Did you know that roughly 40% of the world can only speak one language? While about the same amount of people speak two languages fluently, less than 1% speak more than 5 languages! Every language has its own history, its own personality, and has evolved greatly over time with speakers constantly finding ways to make languages easier to use. Therefore, it’s probably safe to assume that someone who speaks more than 5 languages has a deep understanding of how human languages work. So what does that mean for conlangers, or people who invent and construct new languages?

It is no easy task to create a functional fictional language, just ask David Peterson, the creator of the languages Dothraki and High Valyrian from Game of Thrones (GOT). Peterson speaks eight languages, as well as various fictional languages, and has created languages for at least eight other sci fi movies and programs.  “All languages can say everything. The way that they differ is how they say what they say, and that’s what makes language so fascinating,” Peterson told NPR. Conlangers should have a deep understanding of languages and what goes into them being naturalistic.

How Can You Create a Language?

When it comes to how a new language should be made, Peterson claims that there is more than one way and that “everyone has their own opinions; everyone has good ideas.” However, one thing he does not advise doing is opening up a dictionary and replacing English words for made up ones. He explains during a TED Talk that this does not create a naturalistic language:

“A naturalistic language is one that attempts — to imitate the quirks and idiosyncrasies of natural language. In order to do that, conlangers study historical linguistics and linguistics typology, and pidgin and creole languages. Languages change over a long period of time in the mouths of billions and billions of speakers – a natural language should emulate that evolution.”

Peterson uses the modern English word “may” as an example. Today, “may” means “to be allowed” to do something. The origin of the word “may” is magh, which meant “to have power”. Magh evolved into maganan or “to be able”. That evolved into today’s “to be allowed”. As such, good conlangers follow such evolution to create their new languages.

To get started on your language, we recommend considering the following few steps.

What Is the Purpose of the Language You Want to Create?

Once you’ve decided to create your own language, you need to establish its purpose. Is it like Esperanto, meant to combine world languages and be easy for anyone to learn?  Peterson, as a writer for many sci fi programs, begins by asking himself if his language is humanoid. For example, do the characters who speak his language speak with similar organs as humans (lungs, throat, tongue, etc), or do they need to live in communities to survive? These factors affect how he will proceed with pronoun use, tone, etc. For example, a humanoid character won’t use a language solely based on clicking noises, but a distant alien creature might!

Once purpose is established, Peterson recommends deciding on the sound of the language. To stay true to George R. R. Martin’s books, he found existing Dothraki words and determined that they had a consonant + vowel + consonant order to their sound. From there, intonational pallets could be created. In the Thai language, one word can have many meanings, the meaning is based on how the word is pronounced. Hebrew and German use more guttural sounds while English speakers do not. There are many factors to consider!

Decide How Will Your Language’s Grammar Be Used

Whenever you have at least two words together and they create meaning, grammar must exist. In English, adjectives and nouns appear as follows: adjective + noun.  However, in many languages such as Spanish, it can be noun + adjective. Like Spanish, in Dothraki the adjective comes after the noun. Alternatively, like English, Dothraki uses the sentence structure of subject + verb + object. Many languages have totally different noun, verb, object, pronoun, preposition, etc. agreements!

Idioms and expressions in your lexicon are most often the largest reflection of your language’s culture. When Peterson pitched his Dothraki language to the GOT creators, he told them a few fun facts. One fact was that while Dothraki has no word for “please”, it has 8 words for horse. He later told Google that he found it ironic the show creators loved this fact so much since the English language has at least 25 words for “horse”.  Historically, English speakers have a long history of breeding, riding, racing, and working with horses. This is a great example of how culture and history can affect a language and its lexicon.

Once you develop the history of your language, you can beginto decide how it affects the words that make up your lexicon. For example, Peterson excluded Dothraki words for any tropical fruit in his lexicon because the speakers have no contact with tropical regions. Also, a suit of armor is literally called an “iron dress”, showing their disrespect for the Westerosi style of armor. Peterson recommends using linguistic evolution as a characterization tool to give insight into the history of the speakers. 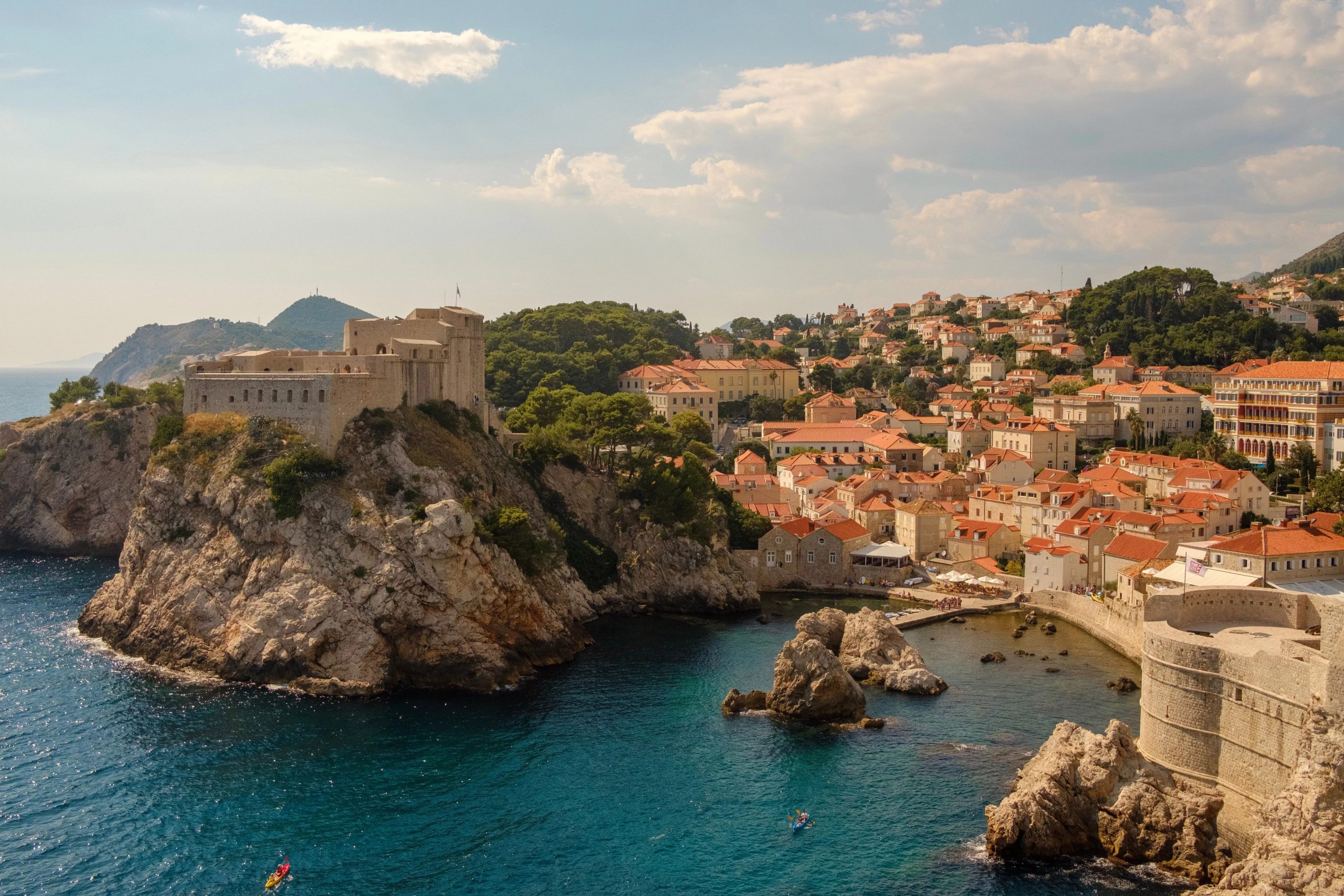 Give it a shot!

Whether you are a linguist or a polyglot looking for a challenge, or you love the idea of creating a language of your very own, we hope these ideas help you in your endeavor. Who knows, maybe you will be the next founder of an Esperanto or the creator of a language used on HBO! If you do make it big, be sure to remember where you got your first tips and tricks from!

If you’re more interested in learning a fictional language instead of creating your own, we have you covered: Where to Learn Fantasy Languages