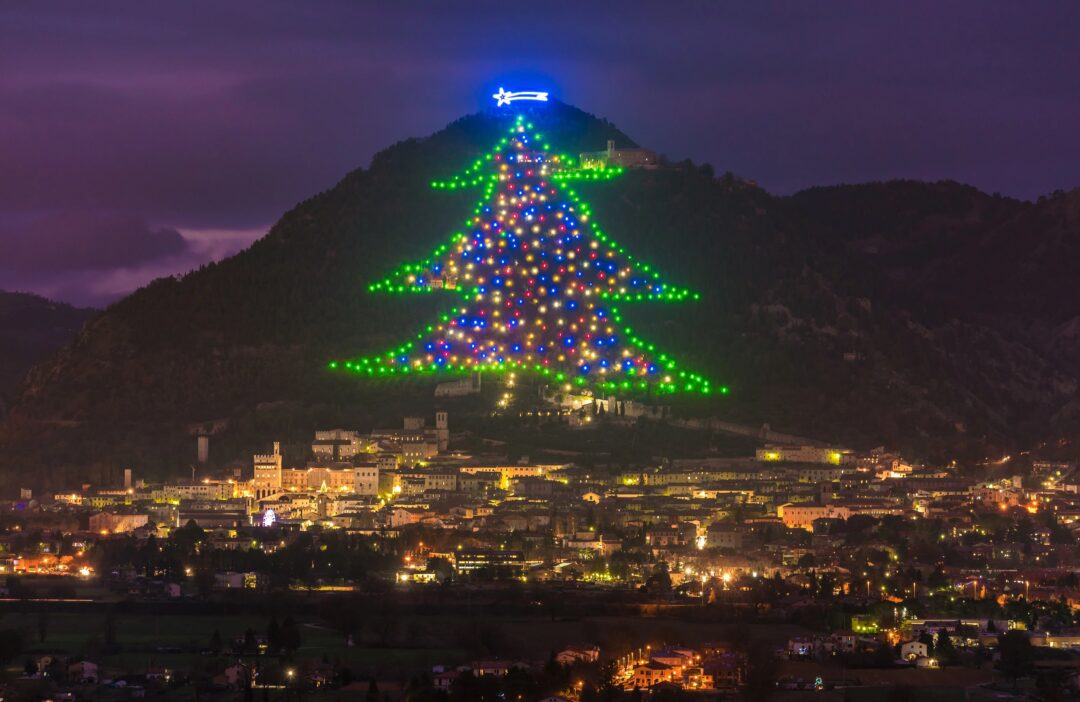 This blog post is part of our ‘Multicultural Holiday Traditions’ series. Translators submitted their favorite holiday traditions and we are elated to share them all with you! The first post of the series can be found here and links to all the posts can be found at the bottom of this article.

The following story was submitted to us by Marika Tonon from Italy. Marika was recently interviewed in our Translator Spotlight series so if you missed that and want to hear more from her, be sure to give that a read after! 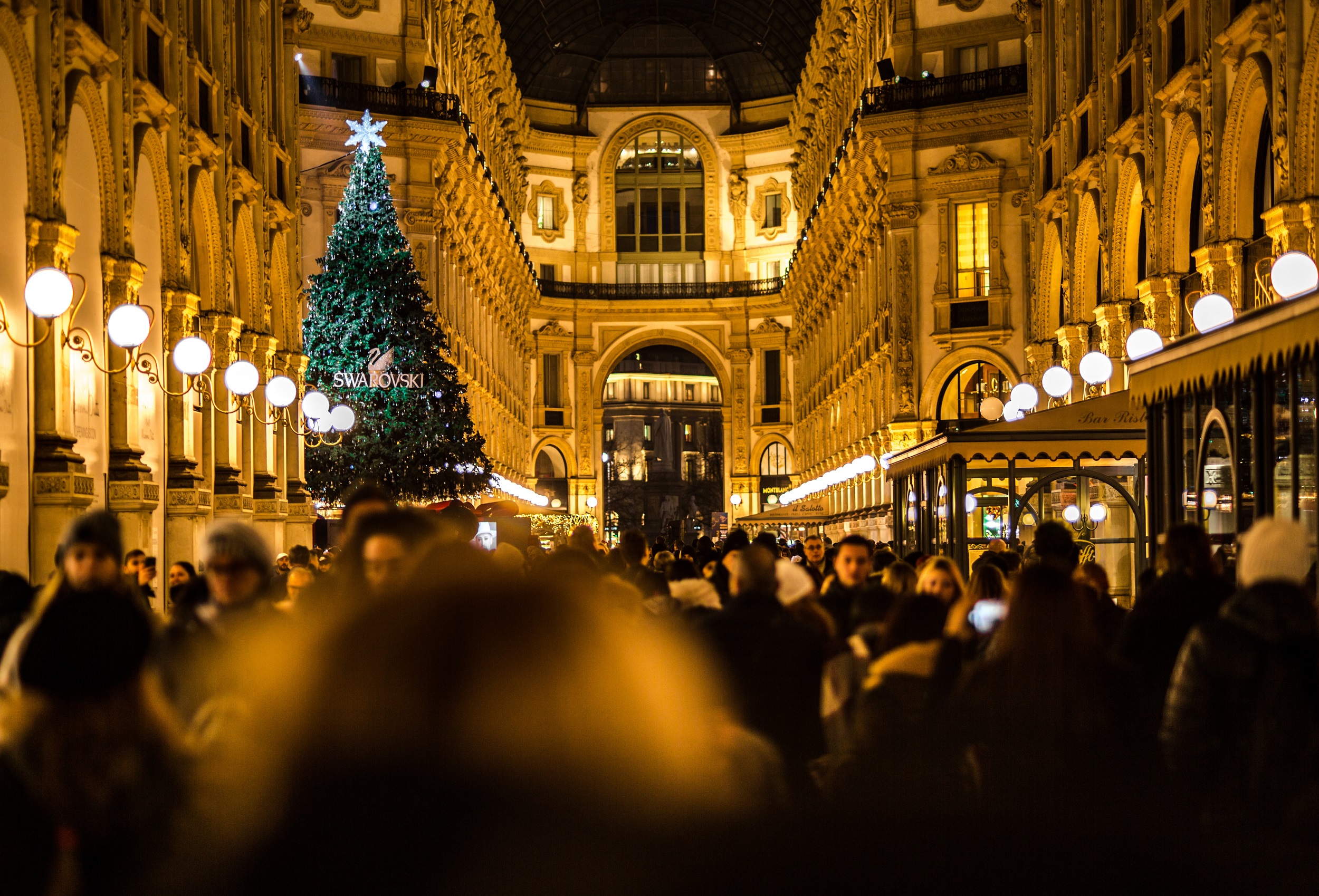 December has arrived, and it is said to be the most beautiful month but also the most hectic. And, with Christmas just around the corner, there are so many things to do! Real shopping marathons, Christmas trees and nativity scenes to prepare, food to put on the table … but in Italy, how do we get ready for the most awaited event of the year? In as many ways as there are regions in Italy.

What is never missing, from North to South, are the tree and the nativity scene, which are the ultimate symbols of these festive days. This year, among the most spectacular trees, we have the one Gubbio Christmas Tree, near Lake Trasimeno in the Umbria region. This “tree” is so large that in 1991, it entered the Guinness Book of World Records as “The World’s Largest Christmas Tree”!  The tree is designed on the slope of Ingino Mount and towers over the medieval village. It is over 2,000 feet tall, consists of 3,000 multi-colored lights, and 8.5 miles of cable. It is so large that it can be seen up to 30 miles away from the town! There’s nothing to say except that it is truly a magical scene! 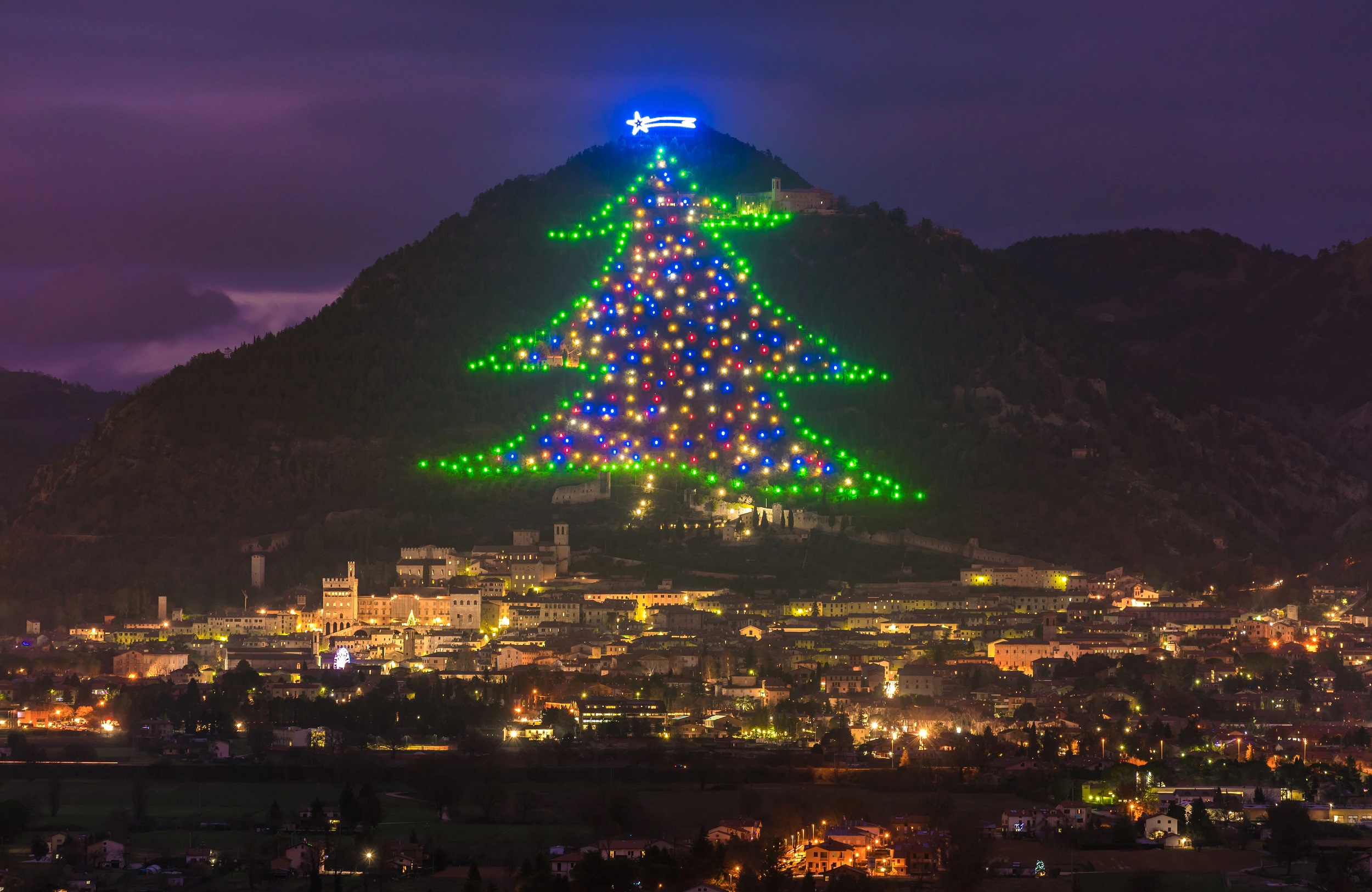 While Northern Italy, and cities such as Trento, Bolzano, Merano, Cortina (to name just a few) are known throughout Europe for their typical Christmas markets, Southern Italy, particularly Naples, is known for its beautiful nativity scenes. 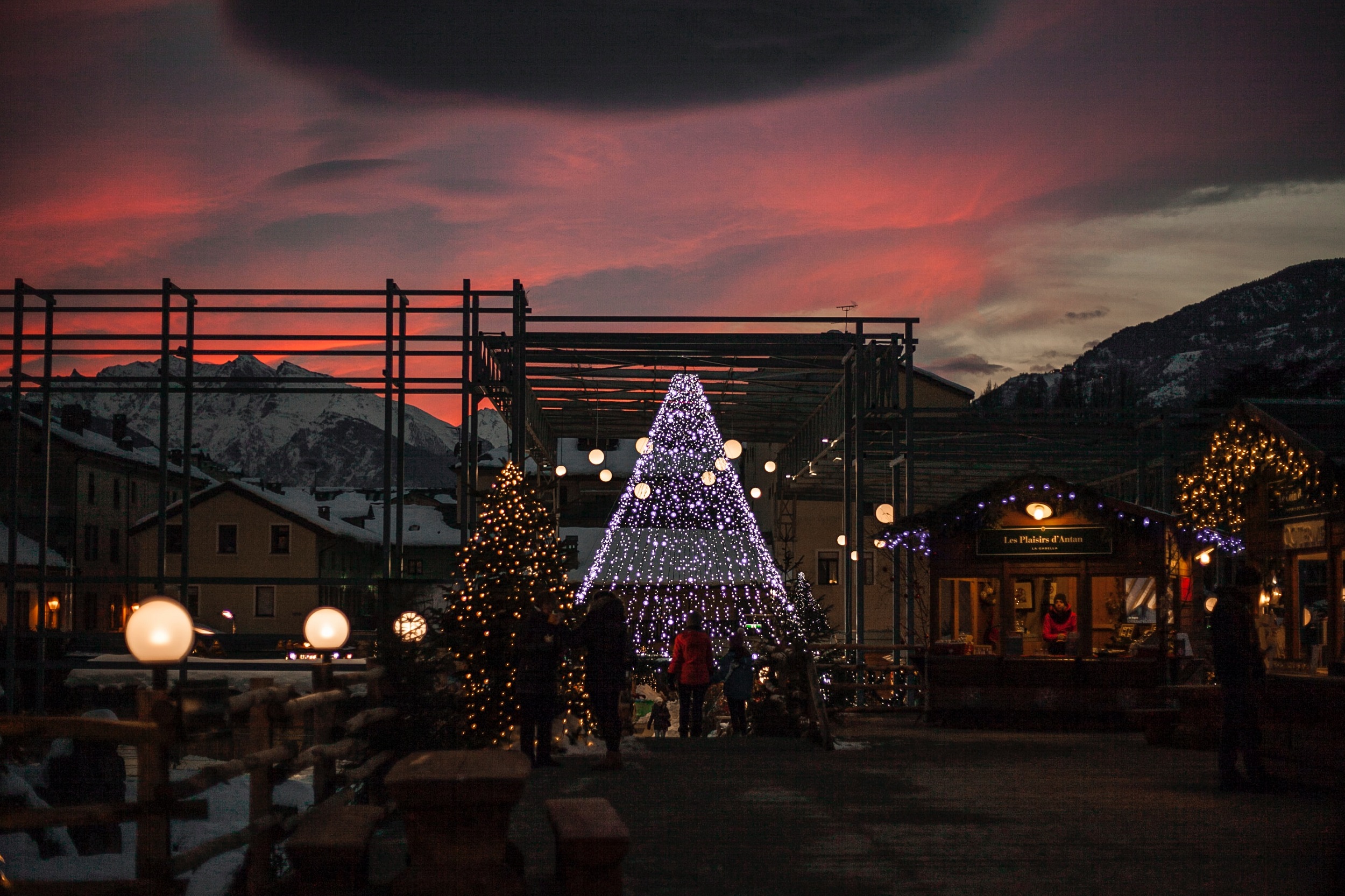 The Neapolitan nativity scene craft – which I have seen with wonder during a visit to this fantastic city – is at its best at this time of year. The craftsmen, in their typical shops in the district of via San Gregorio Armeno (also known as ‘Via dei Presepi’) work the papier-mâché (another Italian tradition dating back to 1600 that originated in Naples), creating like-life characters and scenery. Here the nativity scene becomes not only a religious symbol, but a descriptive, identifying and unifying means of the community it belongs to, in its detailed composition.

Even though Christmas is a holiday with distinct religious elements, Italians do not neglect the food as a main component. What could be better than a table laden with scrumptious food during these festive days? There is something to suit everyone’s fancy!

A fun fact: in Italy, we do not celebrate only on December 25th. Christmas Eve is also a celebration, and, in some regions, it is the much larger and more heartfelt holiday. There is no shortage of delicacies in the Christmas Eve Dinner … but it’s not over yet! Because on Christmas Day, a decadent lunch is served again … and the stomach shows a white flag! 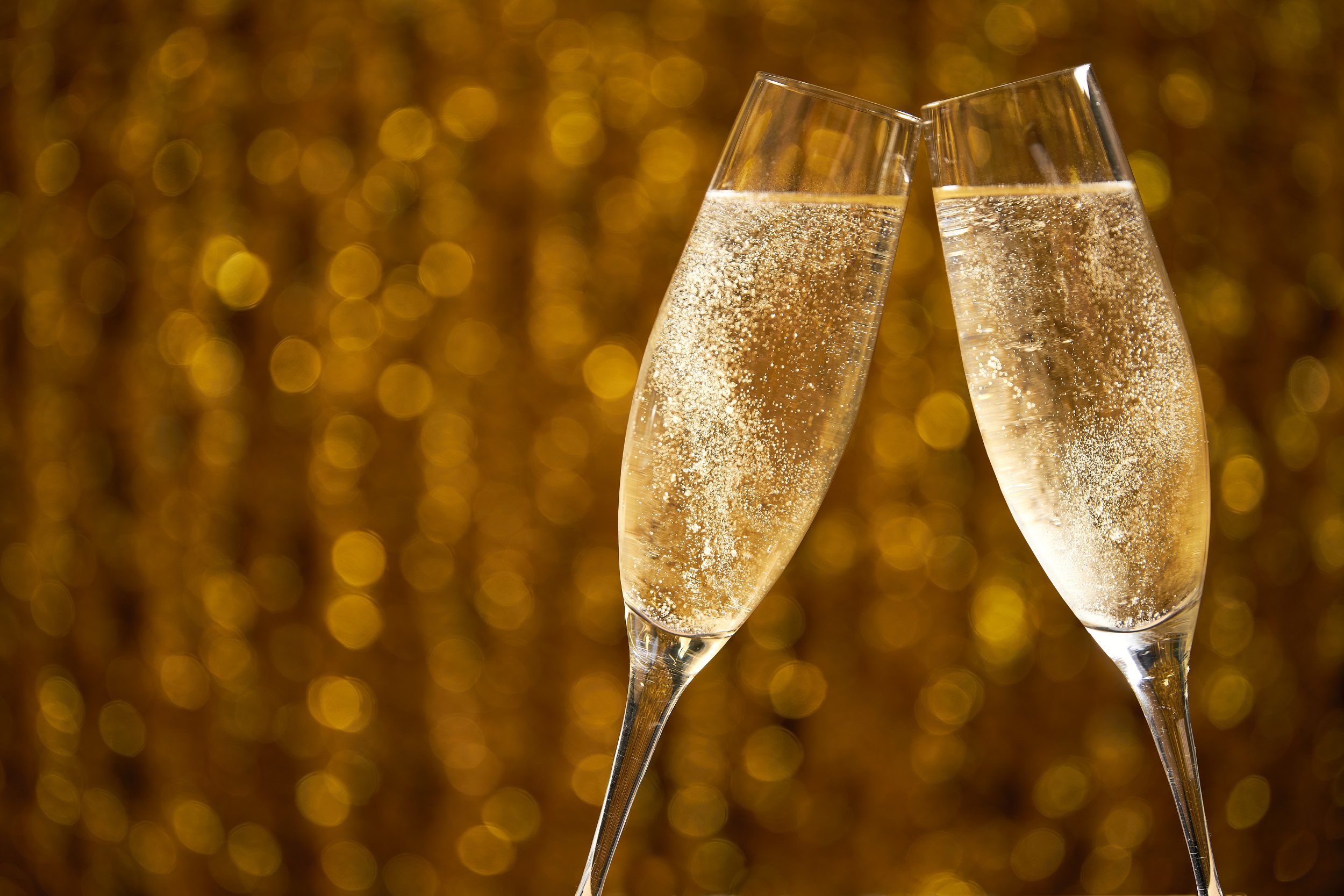 Here in the north, where I live, there is no such tradition surrounding Christmas Eve so, the most sumptuous lunch is on the 25th. Do we want to talk about what I will put on the table? First of all, there are the appetizers to ‘open’ lunch that can be either Venetian creamed cod, or a savory plate of typical salami, all washed down with a glass of Prosecco – a sparkling white wine typical of the area but worldwide famous (by the way: did you know that this year the hills of Prosecco* have been recognized as a UNESCO World Heritage Site?)

Moving on to the first course, we have the ‘risotto‘ with red radicchio or the ‘bigoli’ in anchovy sauce (‘bigoli’ is a kind of homemade spaghetti, coarser, seasoned with an anchovy sauce). For the main course, the choice is between the traditional roast veal or pork, or capon with chestnuts and radicchio. For fish lovers, the option is between Vicenza-style cod, seabass with green pepper, stuffed squid, or salmon in a pastry crust.

Finally, you cannot miss the traditional desserts such as Panettone or, for the greediest, Pandoro, coffee, and the ‘ammazza caffè‘(alcoholic after-dinner drink which can be grappa, a bitter liqueur, Limoncello, etc.). All of this is just for Christmas Day!

A few days later, all is repeated for New Year’s Eve dinner which is later followed by the lunch and sweets on the Epiphany, January 6. As one of our old adages says, ‘With Epiphany all the holidays are over!’ 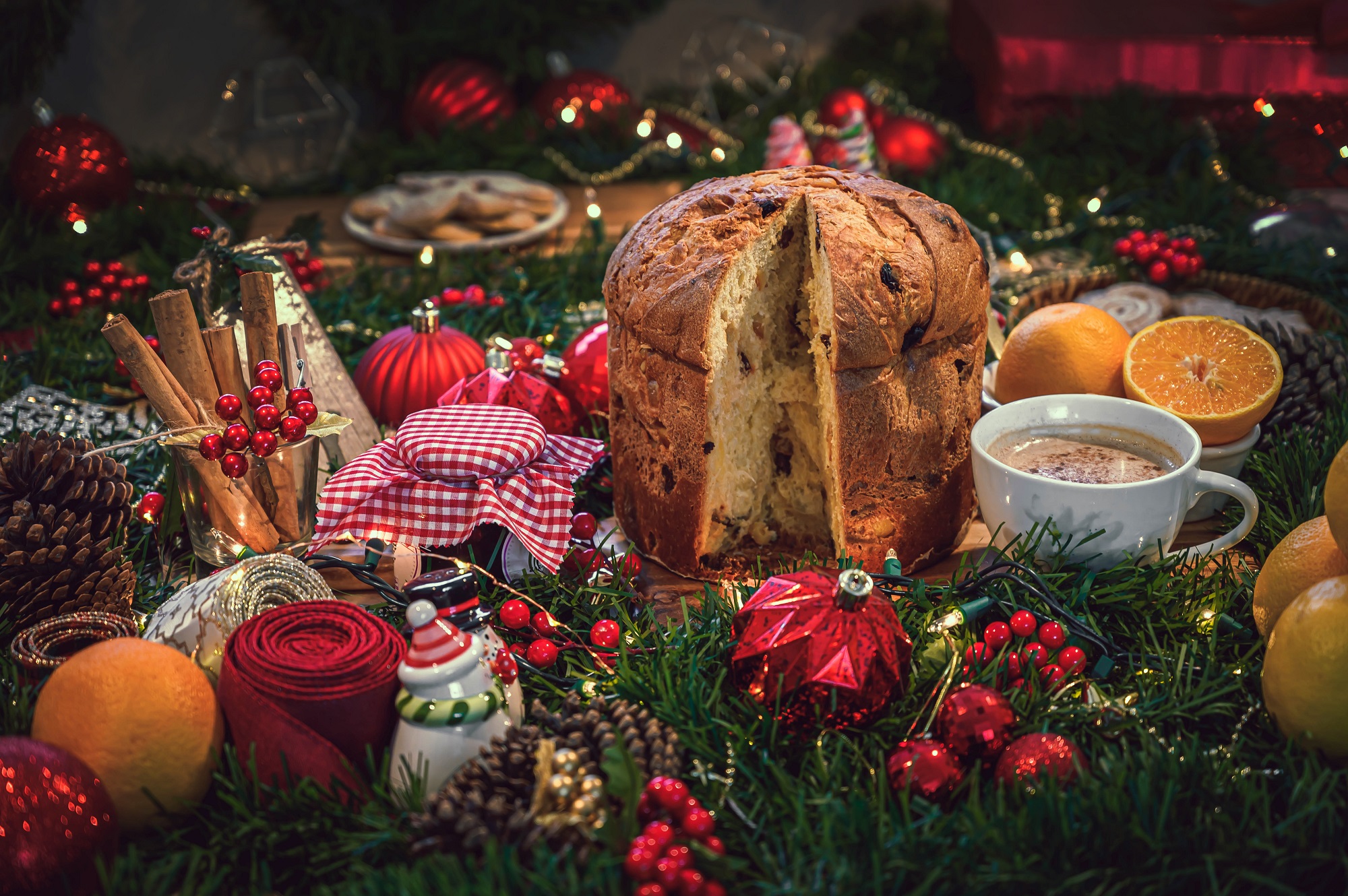 A tip for anyone who wants to spend Christmas in Italy: the hallmark of our country is the unique nature of the proposals: each territory, each region, each village has its fascinating peculiarities, delicacies and traditions.  We can also say all this about every single family because every Italian mother is, in fact, a celebrity chef!

Beyond the religious traditions, lunches and dinners, Christmas is still a celebration to enjoy with family and friends, an opportunity to see family members living away from home, to share good times, and also to remember with joy and nostalgia those who are no longer with us. Maybe this is precisely the magic of Christmas! And now that the countdown has begun, I just want to wish you a Merry Christmas and a wonderful new year! 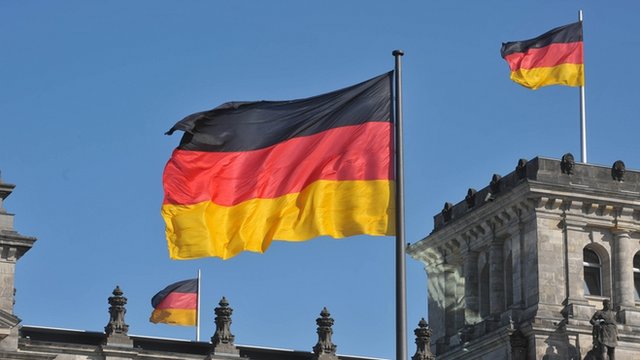