The response to our blog “Which language is Richest in Words” was so enthusiastic and polarizing that we decided to write a follow-up.

It would be foolish to focus on any language other than Arabic, which generated by far the most feedback.  Arabic is certainly worthy of consideration on its own merits, though.  After all, it is the official language of 28 countries and one of the six official languages of the United Nations.

How many people speak Arabic? Approximately 420 million people speak Arabic, according to World Atlas, making it the fifth most-spoken language in the world behind English, Mandarin Chinese, Spanish, and Hindustani.  In 2020, the U.S. Census collected responses in Arabic for the first time.

Arabic is also one of the most borrowed from languages in the world. In fact, Merriam-Webster dictionary explains that Arabic is responsible for the words English speakers use to describe two of their most beloved drinks: coffee and alcohol.

The word coffee derives from the Arabic “qahwa” (it can mean coffee or wine), while the word alcohol stems from the Arabic “al-kuhl” (this referred to a chemical used as eye paint; alcohol did not mean what it does now in English until the 18th century).

Those are just two popular examples of the influence Arabic has had on one language.

Is Arabic the richest language in words?

According to The National – the United Arab Emirates’ leading English-speaking news outlet – on average, a single written word in Arabic has three meanings, seven pronunciations and 12 interpretations.

Arabic has hundreds of words for camel and several words for love, including specific words for each stage of love.

That shows the astonishing depth and versatility of the Arabic language, but the main reason it may be the richest language is this: The majority of people are probably unaware that countless words stem from Arabic and are often found in Latin, Spanish, Italian, Greek, German, and other languages before making their way into English.

It is for that reason that Arabic is regarded by some as ‘the mother of all languages.’

For example, consider the word algebra: No one would blame you if you never gave a second thought about its origin. Most of us never wanted to hear the word algebra again after high school! 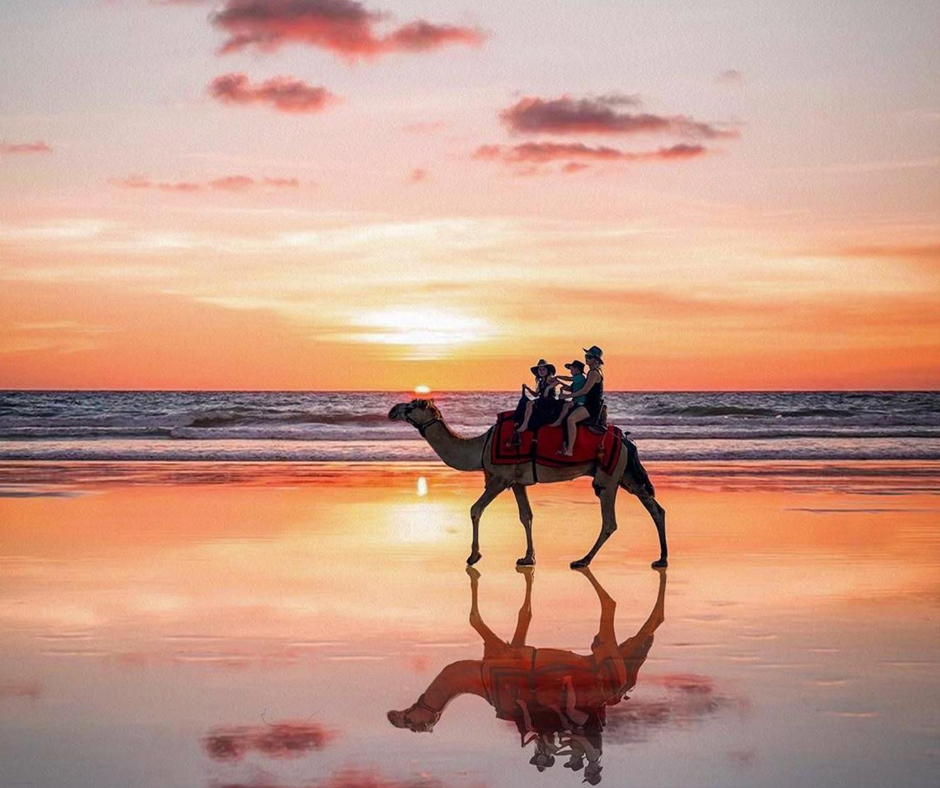 Arabic has hundreds of words for camel and words for each stage of love. Is Arabic the richest language in the world?

So there will be no judgment of those who did not know that algebra is a Spanish word with Arabic roots that entered the English language.

Algebra comes from the Arabic “al-jabr,”  which means “reunion of broken parts.” It was coined by medieval Persian mathematician Muḥammad ibn Mūsā al-Khwārizmī, according to Encyclopedia Britannica.

A lot of us were probably average or below average in terms of our algebraic skills.  “Average” is another word that we use every day and probably give zero thought (zero is another word derived from Arabic) about where it came from.

Average derives from the Arabic word awār, which evolved into the French “avaria.”  The word “average” didn’t take on its meaning in English until the mid-18th century (the Arabic root word has nothing to do with numbers).

Yet another example of how Arabic has penetrated many languages: The English word “benzene,” which is a chemical in gas and is also found in cigarette smoke, has Arabic roots.

According to the Daily News Egypt, the word benzene is adapted from the German “benzin,” or “gas,” which in turn derives from an Arabic phrase for a balsamic resin similar to frankincense.

iTi has 10,000 certified linguists that can accommodate more than 250 languages, including Arabic.

Frankincense is famously featured in the story of Christianity (a religion of which many Arabic speaking-people are followers), but Halloween comes before Christmas, and that brings us to the next word that Arabic has contributed to language.

The English ghoul word stems from the Arabic ghūl, which in ancient Arabic folklore is a demonic being that inhabits burial grounds and other places. According to Encyclopedia Brittanica, ghouls are believed to be the spawn of Iblīs, the prince of darkness in Islam (i.e. Satan in Christianity).

It is clear that Arabic is the basis for hundreds of words across dozens of languages.  As we continue to examine why it may be the richest language in words, let us take a look at the origin of the Arabic language.

What is the Origin of Arabic Language?

Scholars have concluded Classical Arabic originated in the 7th century when it was introduced with the Quran and the teachings of Islam. Its roots go back much farther, however. The earliest example, according to some scholars, is 328 CE (common era), while others suggest it traces to 512 CE.

According to World Atlas, Classical Arabic originated in the Arabian Peninsula and spread through North Africa and the Middle East. Why is the origin of Arabic important? For starters, the Quran is the scripture of the second-largest religion in the world.

There are nearly two billion Muslims worldwide, which means it has enormous reach (it should be noted that about five percent of native Arabic-speaking peoples are not Muslim).

Second, tracing when the language was first used is essential to answering the question of if Arabic is the richest language in words. Why? Arabic’s longevity will lend clues to its pervasiveness.

Unfortunately, the exact timeline of the earlier form of Arabic is unclear for one reason: ancient Arabic was spoken mostly by nomadic people and was passed down orally.

It makes sense then that the word Arabic is derived from an ancient form of the language and translates to “nomadic.”  The nomadic nature of Arabic speaking peoples led to the Moors (see, Muslim) conquering the Iberian Peninsula (now Spain and Portugal) in the middle of the 7th century, which in turn caused Arabic to spread throughout Europe.

This also explains the enormous influence Arabic has on English, which is in the Indo-European language family.

The mixing of Arabic and European languages after the Muslims conquered the Iberian Peninsula  gave us Lingua Franca, which was “a common language consisting of Italian mixed with French, Spanish, Greek, and Arabic that was formerly spoken in Mediterranean ports,” according to Merriam-Webster.

Today, the most common usage of lingua franca means “something resembling a common language.”

What language family is Arabic?

Arabic is a Semitic language, which Merriam-Webster Dictionary defines as being a “subgroup of the Afro-Asiatic language family that includes Hebrew, Aramaic, Arabic, and Amharic.” 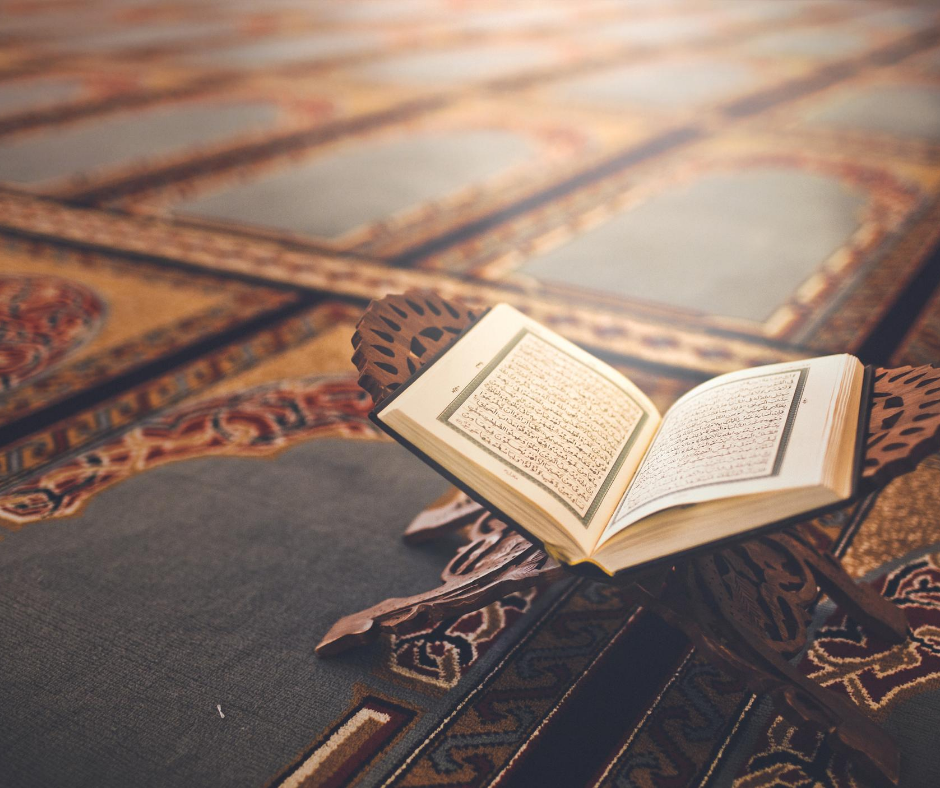 Classical Arabic was introduced with the teachings of the Quran.

Modern Standard Arabic (MSA), which was developed in the late 19th and early 20th centuries, is taught in school, but it is a rarely spoken, “formal” version of the Arabic language.

Speaking MSA in the modern Muslim world would be the equivalent of speaking Latin in Europe.

How long does it take to learn Modern Standard Arabic?

According to a 2014 study by the Foreign Service Institute of the U.S. Department of State, it takes 1.69 years to learn Arabic, or 88 weeks and 2,220 hours of instruction to reach fluency in reading and speaking Arabic.

What Makes Learning Arabic so Hard?

Arabic is hard to learn because it has unique grammatical and phonetic characteristics.  For example, Arabic nouns are masculine by default – unlike Spanish, which uses ‘el’ to denote masculinity and ‘la’ for femininity. Arabic nouns need one of four signs to take on the feminine form.

Thus, Arabic differs from most European languages in this aspect because verbs assume the gender of the noun. That’s not the case in English: A person “kicked” the ball, regardless of their gender, in the English language.

Arabic can be difficult phonetically because some words are pronounced by forcing air from the back of the throat, a very guttural sound that isn’t found in English pronunciations.

Meanwhile, the Arabic alphabet, which is the second-most used behind only Latin, isn’t so much the issue as the fact that Arabic is written from right to left.  The lack of short vowels in Arabic writing is another big obstacle to learning the language.

In addition, most letters take on four different forms, depending on where they are in a word. The four factors that cause letters to change form are isolated (standalone), initial (at the beginning of a word), medial (somewhere in the middle), and final. 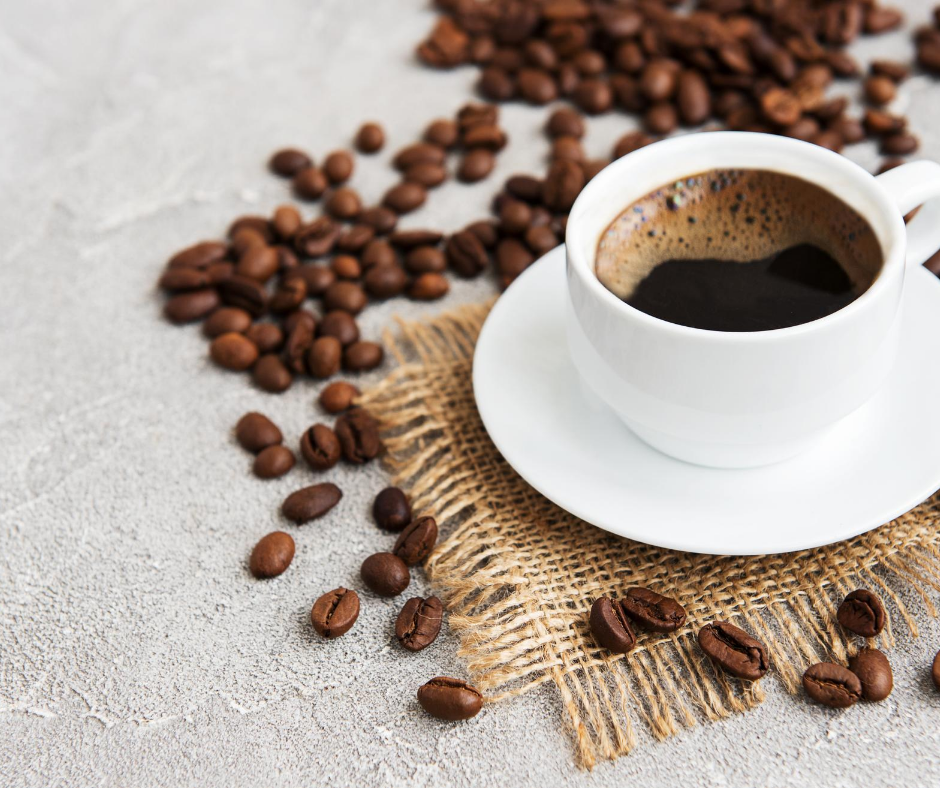 The English word coffee derives from the Arabic language

Another distinctive characteristic that makes learning Arabic hard? It is written solely in cursive, a seldom-used script. The writing style was adapted from Aramaic and was used in ancient times to write on papyrus – a thick paper-like material used for scrolls.

Perhaps the biggest obstacle to becoming fluent in Arabic is that MSA is not spoken colloquially and there are many “dialects,” none of which are very similar.

Thus, the first thing to know about Arabic dialects is that they are not dialects. Ethnologue, which bills itself as the “comprehensive reference work that catalogs all the known living languages in the world today” says many so-called Arabic “dialects” are actually separate languages.

The Ethnologue website lists 33 different types of Arabic spoken around the world, all of which have distinctly different grammatical rules.

What kind of Arabic should I learn?

Arabic is hard enough to learn, so you want to ensure you are making the best use of your time.

To that end, the first thing that needs to be asked is ‘What type of Arabic should I learn?’  Modern Standard Arabic is the official language used in schools and various other forms of communication.

While it is less common colloquially, MSA  is the best version of Arabic to learn because it is used in literature and is understood at the most basic level by all Arabic-speaking peoples. You can always learn the dialect of your choice later. Think of it like building a house: The foundation must be laid before doing anything else.

Is Arabic the richest language in words? Let us know what you think in the comments below. If not, tell us what language you think is and why. Maybe it will be the focus of our next blog!

Need help translating Arabic, or any other language? iTi has a team of professional, certified linguists ready to assist you.