Automakers should use localization to aid COVID-19 recovery 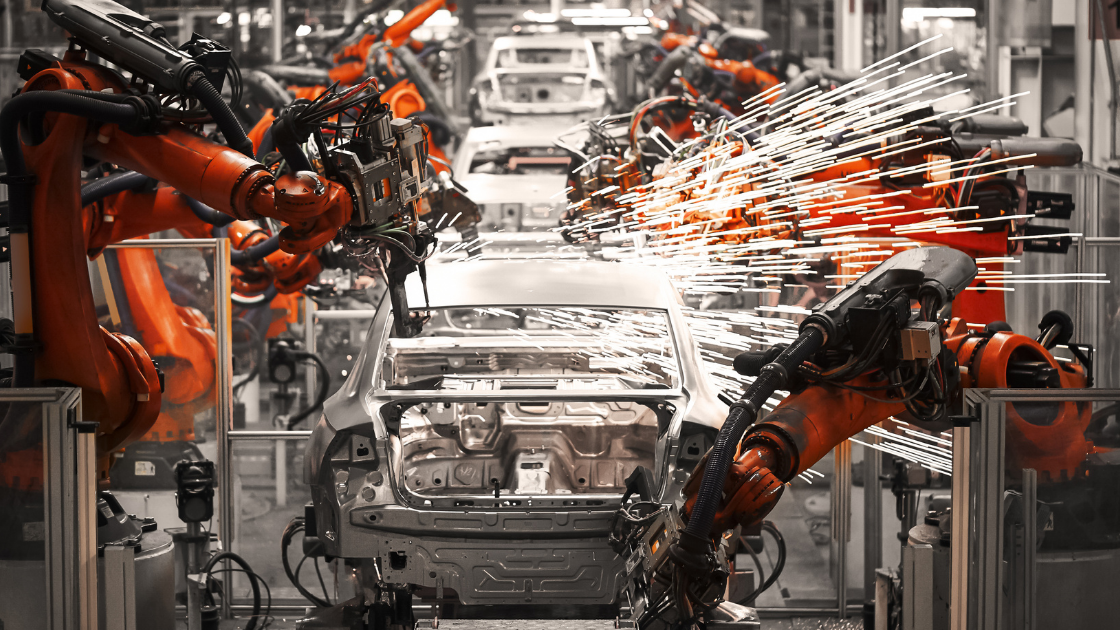 There is a lot unknown about the long-term impact of the COVID-19 pandemic, which includes the impact it will have on global manufacturing. What is known is that a discussion about COVID-19, or the global manufacturing industry, usually does not happen without mentioning China.

After all, China is the largest manufacturer in the world. A huge portion of that production occurs in Wuhan, the city that was once the epicenter of the outbreak.

So the recent trends are promising, however, there are still plenty of hurdles to overcome and the biggest might be this: How does the industry re-calibrate without trade shows after the majority were canceled due to social distancing mandates?

An alternative solution to connecting with the international audiences usually present at trade shows is website localization. This can be done through the State Trade Expansion Program (STEP), which is a government grant for small businesses aimed at helping them expanding internationally.

What is localization? Localization is the process of adapting a product to a foreign market so that the end result is it feels like it was nationally-developed.

The same goes for marketing those goods. A well-localized marketing campaign should feel like it was created by a team of experts living in that region.

Thus, localization is not just about language. Ignoring cultural differences is how you get a colossal faux pas like an immensely popular footwear company selling shoes with the United Arab Emirates’ flag on them (anything that touches the ground is considered unclean in Arab culture).

Localization services help you connect with audiences globally without embarrassing your brand and/or offending millions of people. Localization can apply to mass-produced goods like TVs, or it can come in the form of customizing a marketing campaign for international audiences.

The Globalization and Localization Association (GALA) provides, on its website, some examples of localization in terms of products:

Using localization to market your business can be confusing, time-consuming and expensive. The STEP grant is a way to solve this issue. The amount of money varies from state-to-state. In Connecticut, for example, there is up to $7,000 available to eligible businesses. 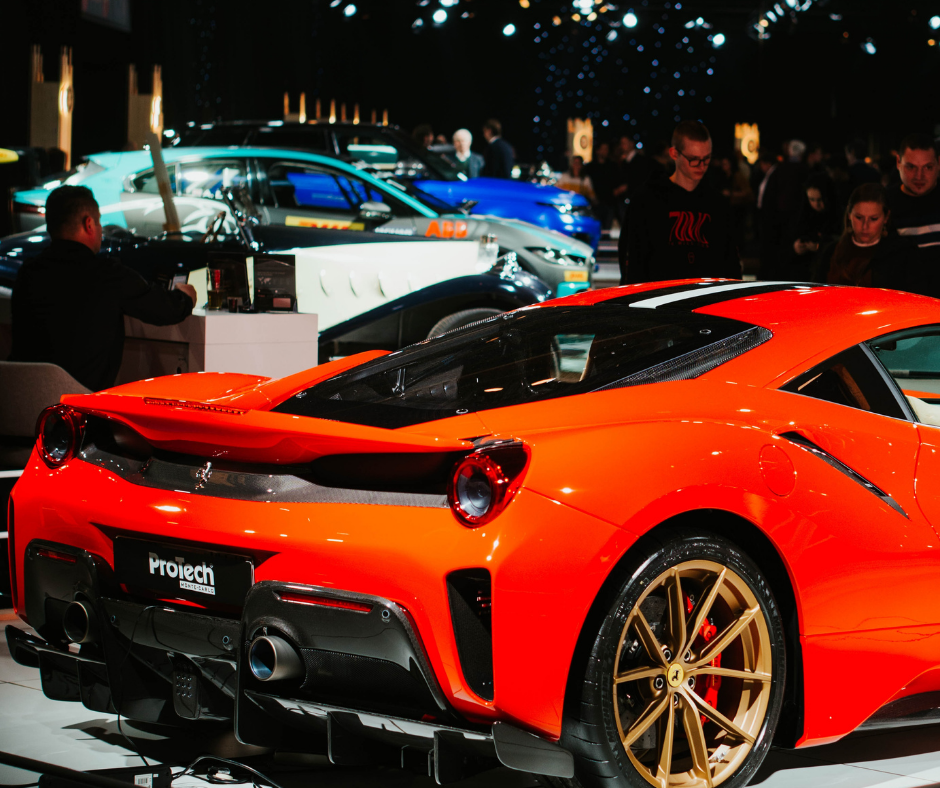 Trade shows are now a thing of the past. Website localization can fill the void and help you reach international audiences.

It is obvious that the coronavirus’ impact on manufacturing has been massive, but a September report showed just how damaging it might prove to be long-term.

According to the Organization for Economic Cooperation and Development, global Gross Domestic Product (GDP) will shrink by 4.5 percent.

That decline amounts to a loss of more than $6 trillion, based on 2019 data from online statistics portal Statista.

Six. Trillion. Dollars. A number that big is difficult to comprehend, but this might help. You can buy the Dallas Cowboys – the most valuable franchise in pro sports (valued by Forbes at $5.5 billion) nearly six thousand times over.

The obvious reason for the enormous predicted drop off in global GDP is a residual effect of China once being the epicenter of the COVID-19 outbreak.

Wuhan, the city COVID-19 is believed to have originated, is China’s answer to Detroit – the Eastern version of “Motor City.” The City of roughly 11 million helps China produce nearly one in every three cars worldwide (Statista).

Wuhan is the capital of Hubei Province, which derives 20 percent of its economy from auto manufacturing, according to the magazine Automotive Monitor Worldwide.

General Motors, Honda, Nissan, Kia, as well as French carmakers Renault and Peugeot, are among the carmakers whose main operations are based in Wuhan.

It makes sense to examine the coronavirus’ impact on manufacturing through the lens of the auto industry, given the Wuhan connection (not to mention the fact automakers in the U.S. used their facilities to make ventilators at the height of the pandemic).

Current State and Future of the Automotive Manufacturing Industry

Global car sales were already trending in the wrong direction prior to the coronavirus pandemic. A report LMC Automotive in January 2020 noted sales were down roughly 4 percent globally from 2019. Of course, we all know what happened next.

Unfortunately, the auto industry was in worse shape when COVID-19 hit than when the 2008 financial crisis occurred, according to a June report from industry consultant AlixPartners LLP.

So what is the current state and future of the automotive industry? It will likely take at least five years for global sales to return to peak 2017 levels due to $72 billion in new debt racked up during the coronavirus shutdowns.

The five-year recovery is based off the AlixPartners’ report, which stated that global auto sales will not return to 2017 levels (when a record 95.2 million cars were sold) until 2025. None of this is unexpected considering that China is the largest auto manufacturer in the world and was the first to have its economy crippled by COVID-19.

Nine painful months later, the glass-half-full view is that auto manufacturing is starting to rebound, beginning with the world’s largest supplier.

Car sales in China rose six percent in August, according to the China Association of Automobile Manufacturers (down 15 percent from 2019). That news followed encouraging signs in July when the biggest SUV and pickup manufacturer in China reported a nearly 30 percent spike in sales, year-over-year. 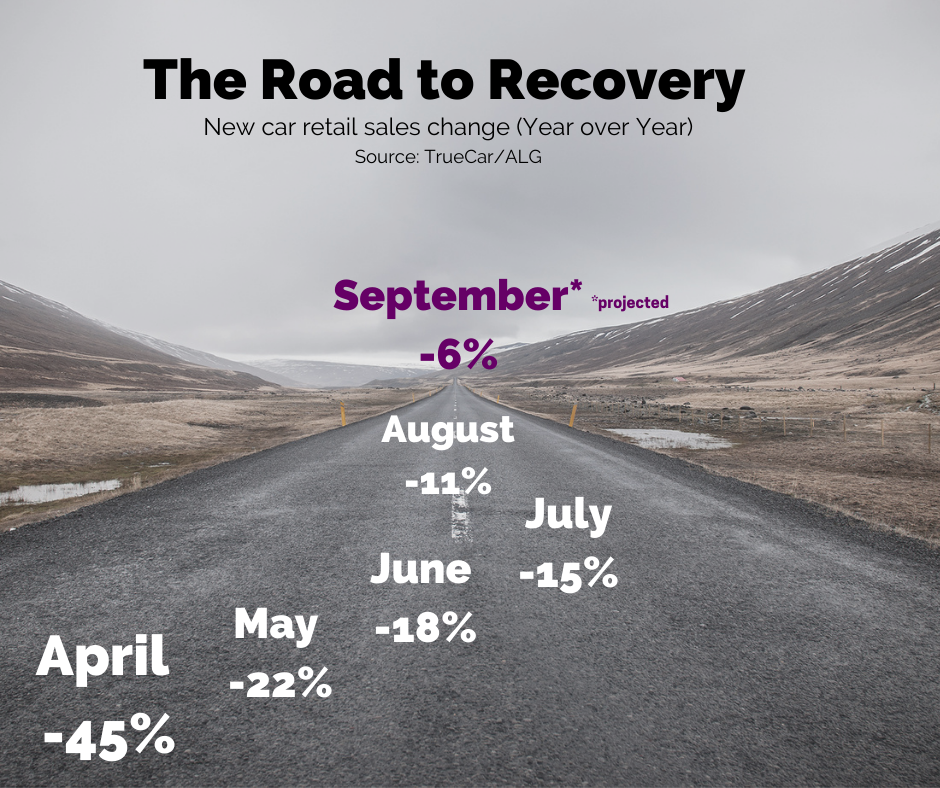 Meanwhile, in a nod to the future of manufacturing technology, the electric-car giant Tesla saw August sales of its Model 3 spike 7 percent in China. It also previously reported a 103 percent jump year-over-year in revenues from its China operations in the second quarter.

Tesla is at the forefront of global automotive manufacturing and engineering, bringing us the future of car design, development and features.

What features are we to expect in these cars of the future? The answer is contained in the acronym EASCY, which stands for Electrified, Autonomous, Shared, Connected and Yearly updated (according to PwC).

Tesla is the future of global automotive manufacturing and engineering, it is an outlier in terms of sales presently. That begs the question: ‘How is the U.S. auto industry doing?’

At the very least, the trends look promising.

August sales were down 11 percent year over year, once adjusted for the same amount of selling days (there were two less in 2020), according to TrueCar and its subsidiary, ALG.

The group said September sales are projected to be down just 6 percent from 2019 and 4 percent from August. Considering year-over-year sales were down 45 percent in April, 18 percent in June and 15 percent in July, that bodes extremely well for the rest of 2020.

“For the second month in a row, since March, automaker revenue for new vehicle sales will be up month-over-month by almost six percent,” ALG Chief Industry Analyst Eric Lyman noted in a release.

“This is a positive sign for the auto industry as targeted incentive spending by automakers continue to fuel the recovery for new vehicle sales,” Lyman added.

The rebound started in June thanks to heavily incentivized deals. U.S. dealerships had been offering 0% APR for 84 months and deferred payments for up to 120 days as a result of the coronavirus pandemic. Discounts were near record marks for June at roughly $4,441 per vehicle, according to auto consultant J.D. Power.

However, those discounts are less prevalent now, which means automakers must maintain the momentum of the past few months on their own. To that end, AlixPartners offered some tactical advice, saying companies need to “be courageous, yet forward-looking in their decisions, all the while taking full advantage of any favorable government policies available to them.”

The STEP grant is one of the government policies available that can help you start localizing your website, whether the end goal is selling more cars/car parts, or to promote your new hi-tech gadget.

Auto manufacturing has been devastated by the coronavirus, but no one is quite sure how COVID-19 will affect the future of globalization.

While globalization is a well-known concept, a less talked about idea is localization. Globalization and Localization are two very different things, but they work in tandem. Let us help distinguish between the two.

Globalization vs localization: what is the difference? Webster defines globalization as “the development of an increasingly integrated global economy marked especially by free trade, free flow of capital, and the tapping of cheaper foreign labor markets.”

The problem with that last part is that China has long been the biggest “cheaper foreign labor market,” and now COVID-19 has disrupted the global supply chain. 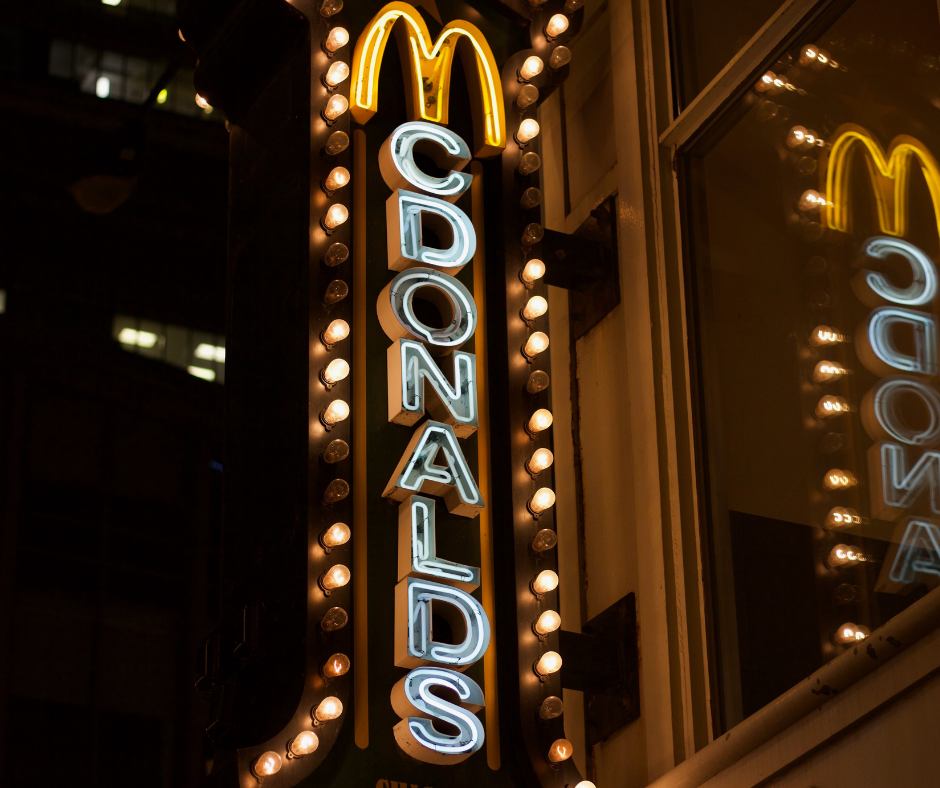 McDonald’s has mastered the art of globalization – and localization, for that matter, as Pulp Fiction famously detailed.

A more general way to look at globalization in terms of business and marketing is the concept of mass appeal. Making something global means that the experience or product is generally the same no matter the location.

A McDonald’s looks and feels like a McDonald’s, anywhere you go. The only difference is the menu, and that is where localization comes in.

That brings to mind the scene in Pulp Fiction where John Travolta’s character mentions a quarter-pounder is called a “Royale with Cheese,” in Paris because, “They have the metric system. They don’t know what a quarter-pounder is” (it’s called Le Royal Cheese).

That scene is an insightful look at why localization is important and especially essential now, given the lack of travel capabilities. Manufacturers have long bridged the physical gaps between themselves and clients through trade shows. People gather from all over the world and speak a language everyone understands – business.

However, physical distance is only one challenge of targeting international markets. Navigating cultural landmines is another, which is what translators and localization experts help with.

Here is an example: a well-known company once ran a marketing campaign in Japan featuring a Stork delivering diapers the same way it delivers a baby in common folklore. It missed the mark because the concept of a Stork delivering babies is foreign in Japan. In Japanese culture, babies are delivered by a giant peach floating down the river.

That example shows the need to create authentic marketing campaigns, especially in a world where social interaction is limited. There is also the need to adapt. That brings to mind AlixPartners’ advice to auto manufacturers about taking advantage of “favorable government policies.”

There is one specific government program that can help all manufacturers. That option is STEP, a grant through the Small Business Administration (SBA) that is designed to help businesses expand globally.

Along with auto manufacturers, other sectors like aerospace, healthcare, the defense industry, and the fashion industry, among many others, have used trade shows to reach global customers for years.

The trade show industry was originally expected to reach 18.5 billion by 2023, according to Statista. That projection, of course, was prior to the pandemic. Now, the trade show industry, which produced $2.5 trillion in sales in 2017, may never look the same considering its social nature. 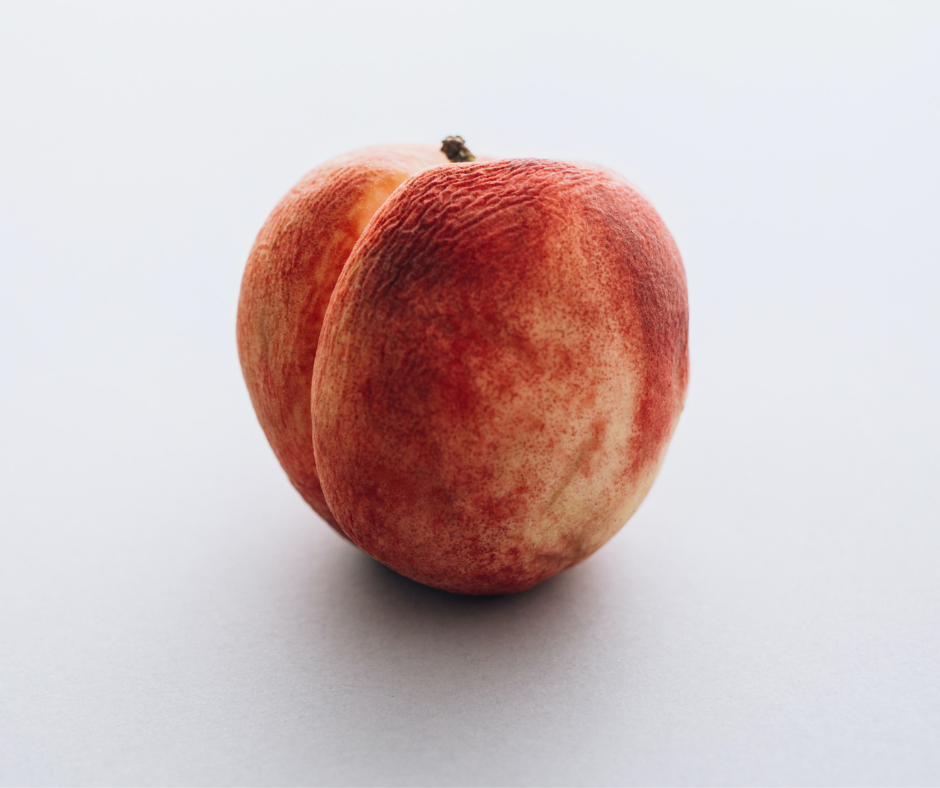 What is a peach doing here? In Japanese folklore, a giant peach delivers babies, not a stork!

Using the STEP grant to localize the website of your manufacturing company is an optimal strategy. Localization is essential because 60% of all international consumers never buy from an English-only website, according to the research firm Common Sense Advisory.

Companies need to speak to international audiences in their language – and here is the key: it has to be authentic. Carelessness is how the international marketing landscape winds up littered with examples of embarrassing mistakes, some that are highly offensive.

Localization is also needed in countries and markets that speak the same language. For example, the definition of the word “steal” is to take something wrongfully. However, when someone says, “This T.V. was a steal!” it is understood that they got a good price.

How? Apply for a STEP grant and then contact iTi to have one of our 10,000 knowledgeable and experienced linguists help with localizing your manufacturing website.

iTi can help craft your message in more than 250 languages. We have more than 30 years of experience specializing in localization. Click below to get started today! 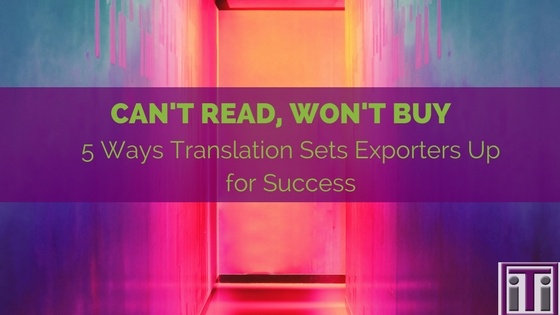 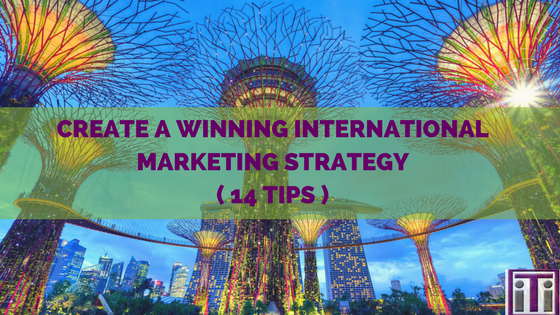 14 Tips On How To Create A Winning International Marketing Strategy