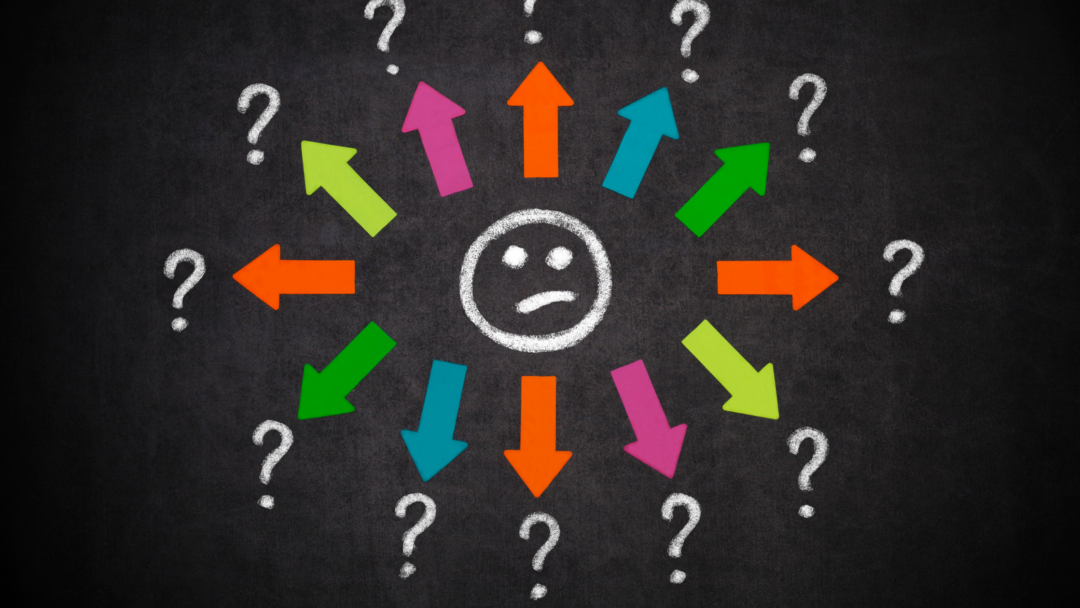 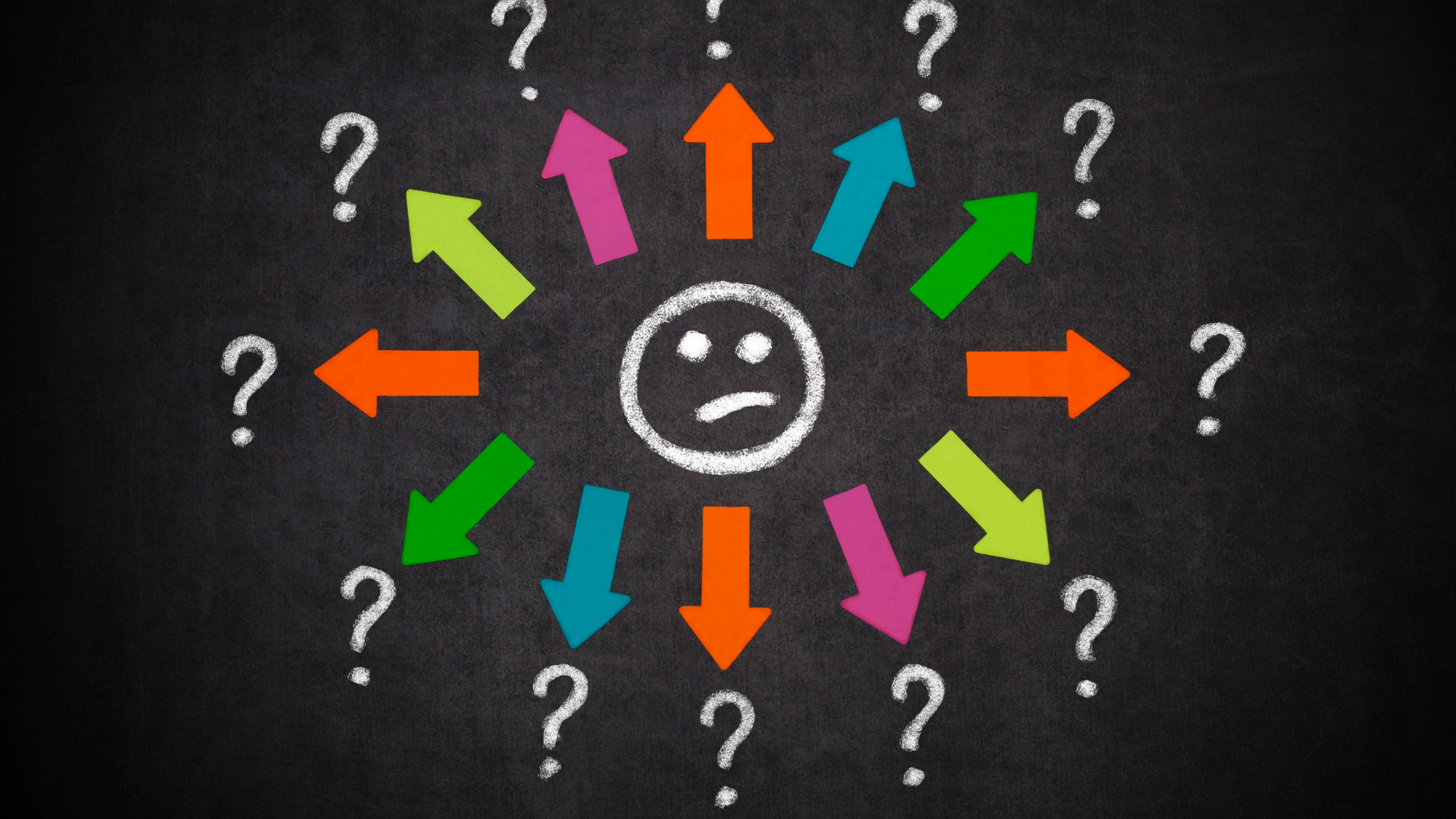 “What is he saying?” I asked my bilingual friend while studying Spanish in Chile. He paused, thought about the joke we had both just heard, and then said, “It’s hard to explain.”

I was just learning Spanish but he could speak both English and Spanish fluently, so I couldn’t wrap my mind around his inability to just directly translate.

Take each word, translate it in his mind, and then regurgitate it back in English. That’s all it is, right?

I later learned that sometimes things are hard to translate. Sometimes a word doesn’t have an equivalent in another language and is, therefore, untranslatable, or impossible to directly translate without the help of calling upon many other words.

Untranslatable Words: The Result of Culture and Society

I was hit with this conundrum again in Spanish classes. My Spanish professor assigned us newspaper articles to read which proved much more difficult to understand than our textbook lessons, which were written for second language learners like ourselves.

The newspaper article had a different tone, written for those who thought in the language I was grasping at understanding. Beyond that, it was written for an audience living in Chile, who shared certain cultural norms, politics, and humor.

I found myself with a dictionary in hand, translating word for word. But it didn’t make sense! I had to read the sentence, grasp the context and meaning behind it, and then reshape it into the English equivalent based on my best judgment.

From experiences like this, I became aware of the impact history, location, pop culture, etc. have on a language. Cultures often invent words that refer to an entire situation, sensation or experience unique to that place or society.

So, how does a translator learn to understand such things? And once you learn them, how do you best translate them into another language for a very different culture or region?

As globalization increases and we all encounter each other and our different languages frequently, we find more and more untranslatable words. This doesn’t mean they are impossible to understand in different languages, but they cannot be directly translated. There is not always one-word equivalent, like the way that perro in Spanish can directly translate to dog in English. Often times, to understand these words’ meanings, the translator uses many words to explain the depth of their meaning.

Although difficult, it can be done with skill and a deep understanding of the involved languages’ cultures. Untranslatable words can also be fun to learn and talk about. We all may benefit from discussing them, enabling us to better understand each other.

Below are 15 of my favorite untranslatable words, in both common and uncommon languages, to be enjoyed. Perhaps you may find yourself, like me, feeling that most of us could definitely use some of these words in our own language.

1. Tingo (Pascuense) : to gradually steal all the possessions out of a neighbor’s house by borrowing and not returning

Am I the only one wondering what goes on in Easter Island? 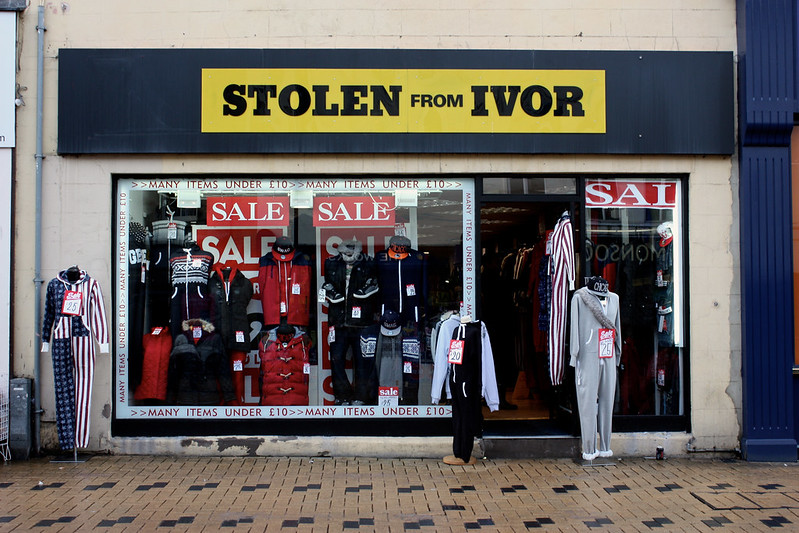 2. Gökotta (Swedish) : to wake up early in the morning with the purpose of going outside to hear the first birds sing

The northern European cultures currently have the global image of being socially advanced, organized and peaceful. This word only seems fitting for that stereotype. 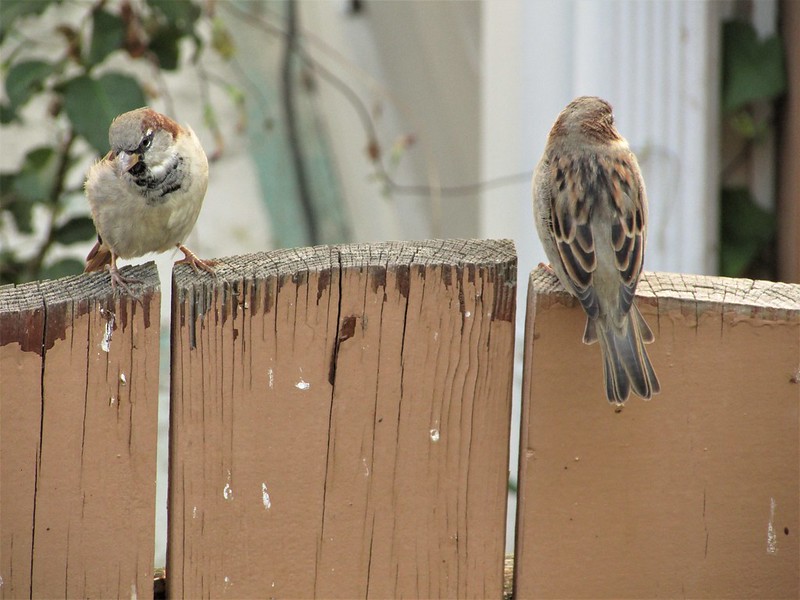 3. Backpfeifengesicht (German) : a face that cries out for a fist

I think many people might agree that although we don’t have this word, we might want to adopt it if not only for the funny meaning but for how fun it is to say out loud (back- figh- fen – gah –zee-sht) 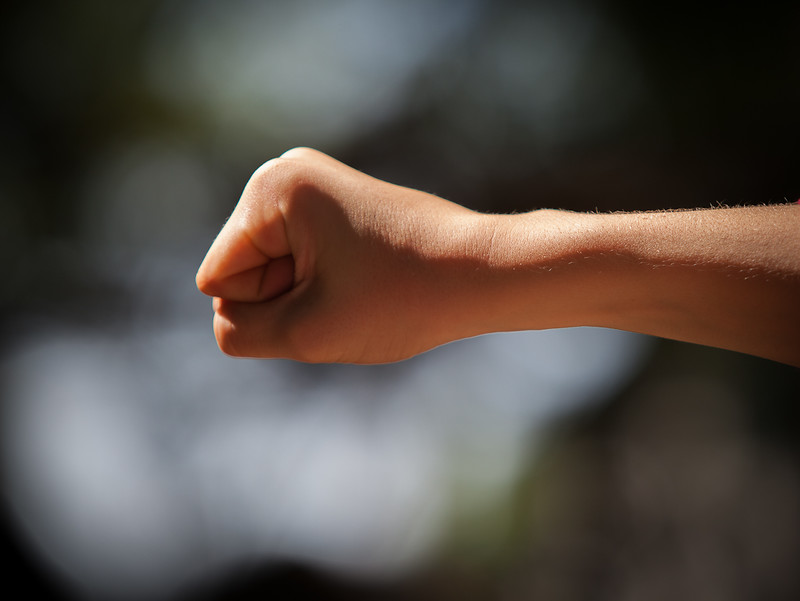 4. Ya’aburnee (Arabic) : the hope for your significant other or loved one to outlive you so that you do not have to live without them

In times when Arabic language and cultures are severely judged, it’s important to also see the tenderness in the fifth most spoken language. 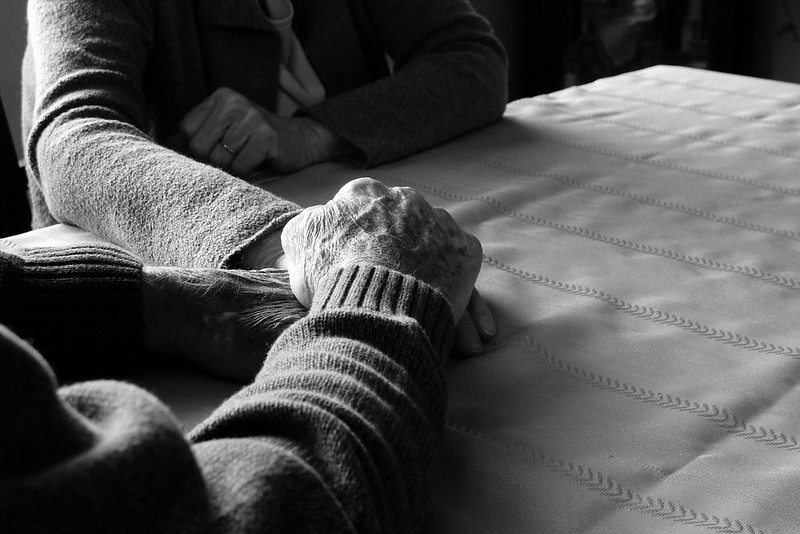 5. Prozvonit (Czech) : to initiate a phone call and hang up before the call is answered, to inform the receiver of something without having to pay for the call

This is sort of like turning a phone into a beeper, right? 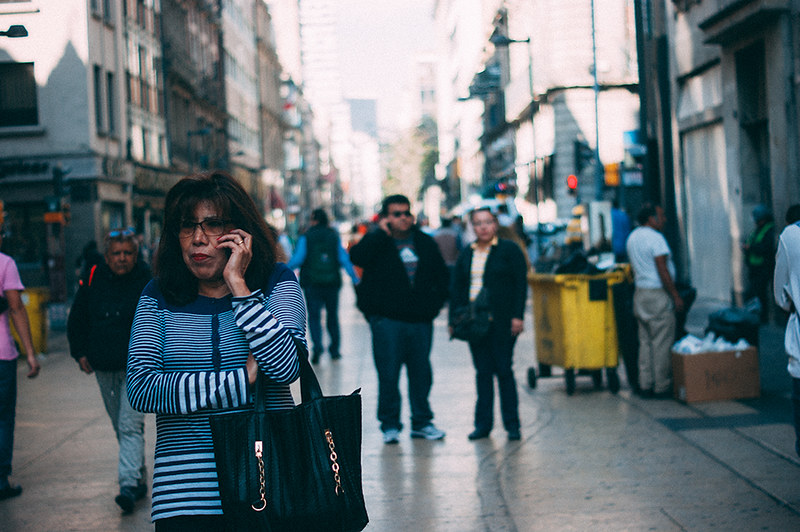 6. Fernweh (German): Feeling homesick for a place you have never been to

I love to travel and understand wanderlust but this is hard for me as an American to grasp. 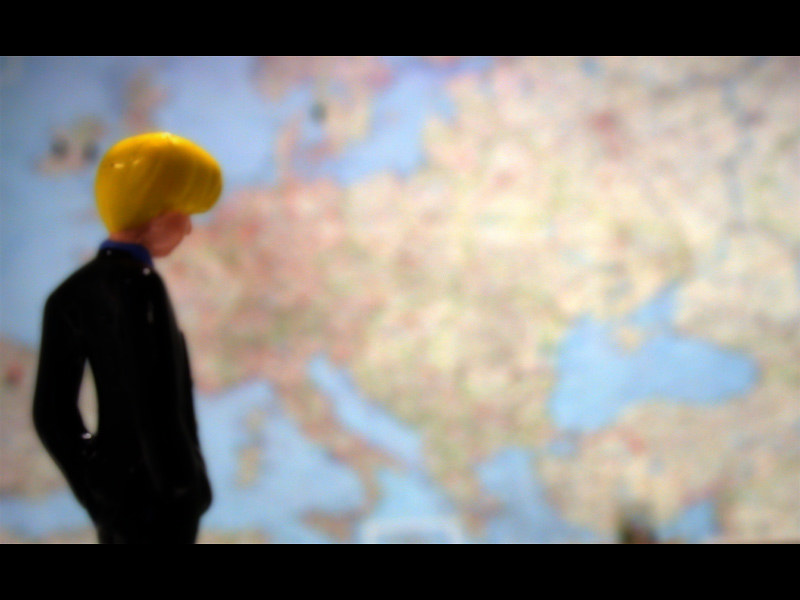 7. Kyoikumana (Japanese) : mothers who push their children into academic achievements

It surprises me and yet it doesn’t that only Japan came up with a word for this dynamic. 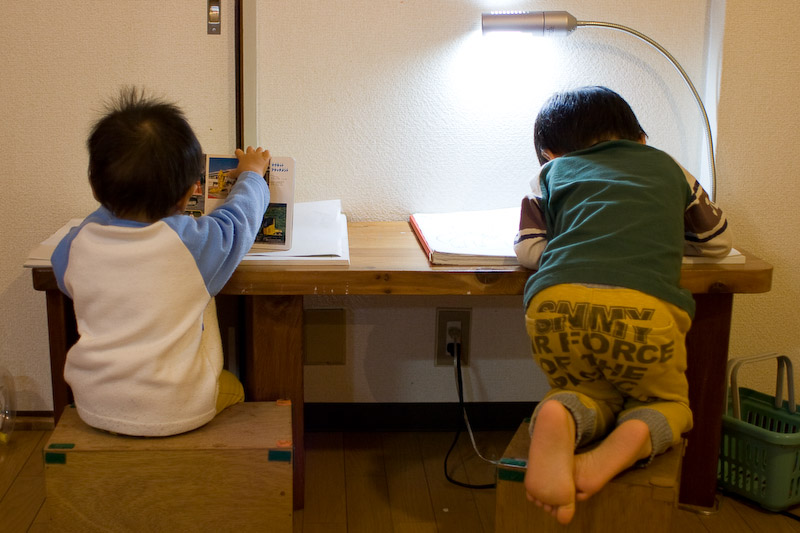 8. Jijivisha (Hindi) : the eternal desire to live and to continue living; when someone loves life intensely

9. Age-otori (Japanese) : to look worse after a haircut

How often does this happen in Japan? 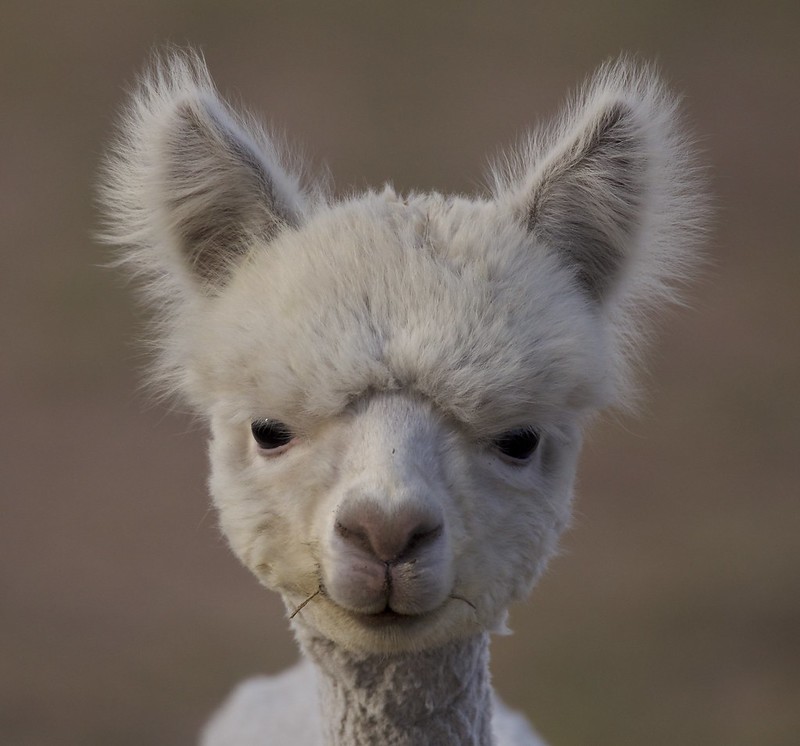 10. Sobremesa (Spanish) : the time after lunch or dinner when one socializes with the people at the meal

One thing Spanish culture does well is food. Tapas anyone? So it may come as no surprise that food and the act of sharing it runs deep within this culture. 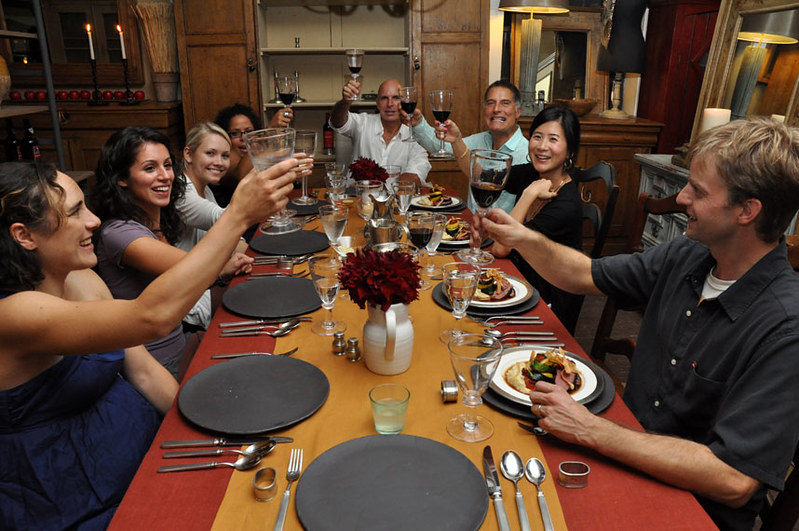 11. Waldeinsamkeit (German) – The feeling one has while being alone in the woods.

German philosophers have long been known for their introspection, and it’s no surprise a region that was once covered in deciduous forests gave rise to this word.

12. Iktsuarpok (Inuit) – The excitement and anticipation of waiting for someone to show up

If you are impatiently checking to see if they’ve arrived, you are experiencing Iktsuarpok.

13.  Komorebi (Japanese) – light that filters through the sunlight tree leaves in a forest

Japanese is known for its many poetic phrases and this one is quite vivid.

14.  Goya (Urdu) – When fantasy is so realistic it temporarily “becomes” reality

It is somewhat like the idea of “willing suspension of disbelief,” but is a more powerful, tangible experience.

15.  Flaner (French) – to wander through the streets aimlessly

It is said this word is the epitome of “Frenchness.”

Why Are Some Words Untranslatable?

Many untranslatable words can be understood if you break them down into their elements. Some, like Iktsuarpok, refer to familiar feelings. But languages don’t just describe the world, they give insight into how people see the world. For example, research has shown that native Russian speakers more easily distinguish between light and dark blue in part because a hard distinction between the two is made in Russian, unlike in English.

Whenever a document is translated from one language to another, it’s important for the translator to step into the future reader’s shoes and imagine how a message might be understood. There are often many different ways to communicate an idea, and all have different shades of meaning.

Untranslatable Words and How They Relate to Business

There may not be a translation match for each word in all languages, but a good translator knows their specialty languages so well that they can translate a difficult word without drawing upon a paragraph’s worth of explanation.

Often it doesn’t even take an untranslatable word to cause costly business translation errors. Just ask big corporations like Coors or HSBC.

HSBC once mistakenly translated their slogan “Assume Nothing” into “Do Nothing”, and Coors told their Spanish consumers to “suffer from diarrhea” instead of what their slogan meant, which was “turn it loose”.

When it comes to international business, avoid mistakes and misinterpretations the first time around by hiring a knowledgeable translator who navigates untranslatables like the linguistic poetry, not the problem, they are.

We can help you translate ANYTHING!  We have 10,000 linguists scattered across the globe, which means they are living and breathing the culture of the language they specialize in! They will find the right word, every time! 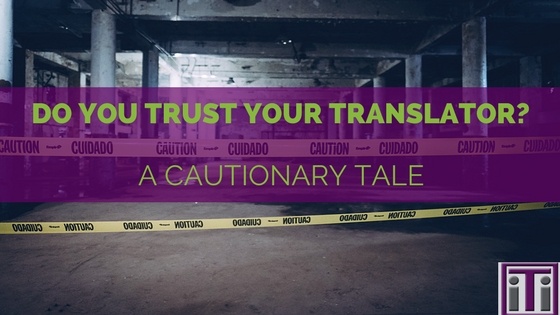 Do You Trust Your Translator? (A Cautionary Tale)