Everything You Always Wanted To Know About Website Localization 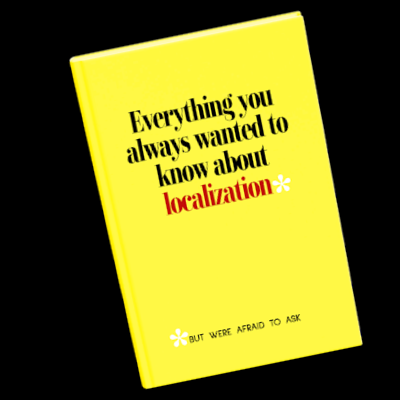 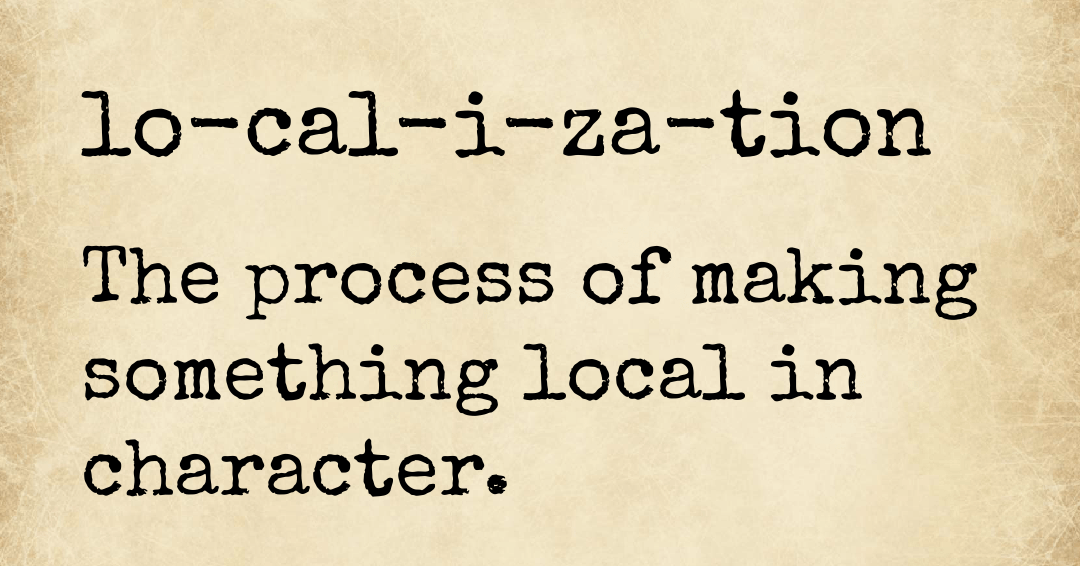 If you go to 100 different web pages about localization, you’ll likely find 100 different definitions. Companies are naturally going to lean towards interpretations that are relevant to their business (and we’re no exception).

We like the definition pictured above. It’s simple and, most of all, accurate.

But the phrase local in character brings up issues that are anything but simple.

It Starts With Words (and that’s just the start)

iTi is a language services company. Our purpose is to help the world communicate and understand each other at its most basic level- the spoken and written word. So it’s natural that our spin on localization starts with the translation of words. Or, to be more accurate, the adaptation of words.

Let’s talk about your website. For many businesses, it’s your potential customers’ first point of contact, so it’s vital that your message is communicated exactly the way you intended. Translation is a start. But just because a translated word or sentence has the same definition as the original, it doesn’t mean the connotation is the same.

Here’s a common example in Spanish: The verbs comprender and entender. They translate into the same thing in English: “to understand.” When traveling in Spanish-speaking countries, visitors will often use the phrase “no comprendo” with the intention of letting a local know they don’t understand the language. But for a native speaker, “no comprendo” has a different connotation, and implies something more like “I don’t get what you mean,” and might actually prompt them to launch into a more detailed explanation–still in Spanish! For the correct connotation, you would say, “No entiendo.”

This is a pretty easy one, and most professional human translators would get it right. Many words and phrases have differences that are much more subtle. The best way to be sure you’re getting it right is to use a localization expert who is fluent in both your target language and your target culture.

Did you know that Spanish is the official language of 20 countries between Europe, Africa and the Americas? Considering the cultural differences, it shouldn’t surprise you that the Spanish spoken in Equatorial Guinea is different than that spoken in Peru. 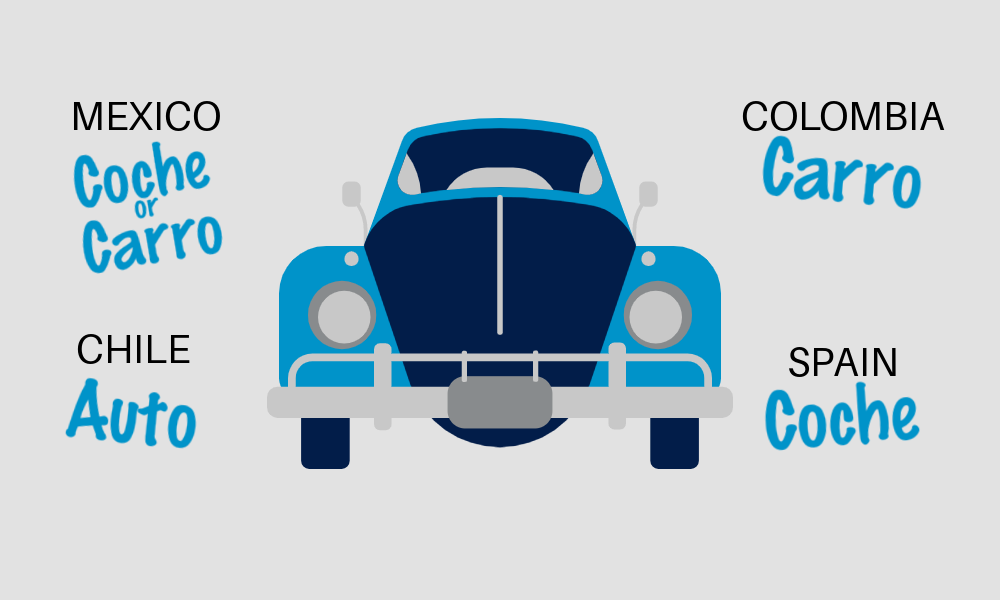 Some words may be harmless in one place and actually offensive in another, even if the same language is spoken in both places. In the United States and Canada, “fanny” is a polite euphemism for buttocks. In the UK, New Zealand and Australia, on the other hand…well, it’s probably better to just leave that one alone.

The Cost of Errors

There are thousands of examples of localization fails, and they’ve cost companies billions of dollars in corrections and lost revenue. Some localization fails have even become famous cautionary tales in the marketing world .

The U.S. auto industry has had some spectacular problems when introducing U.S. models to foreign markets without localizing their names. Ford’s decision to name their economical Pinto after a small put powerful horse worked well in most languages, but in Brazilian Portuguese, “pinto” is a insult, meaning a man with a tiny you-know-what! Ford eventually renamed the car “Corcel” (which means “horse”) but the stigma had already settled and the Pinto was never well-received in Brazil.

HSBC Bank is reputed to have spent over $10 million to correct the error when their trademark line, “Assume Nothing,” was translated to “Do Nothing” in many countries, and that price tag doesn’t include the business they no doubt lost by confusing potential customers. The world’s sixth largest bank ended up changing its entire tagline, worldwide, as a result. 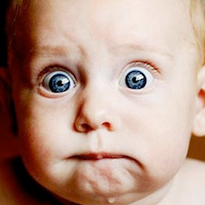 “Got Milk?” is one of the English-speaking world’s most successful taglines. But when it was translated as “Are You Lactating” in Spanish versions of the ad, there were definitely some red faces around the California Milk Processing Board’s table!

Earlier in this article, we mentioned that a localization expert must also be culturally fluent. Here’s what we mean by that.

Even Right Can Be Wrong…Sometimes

A translation can be a completely accurate and still miss the mark, if the message is a bad fit culturally. Here’s a famous example. 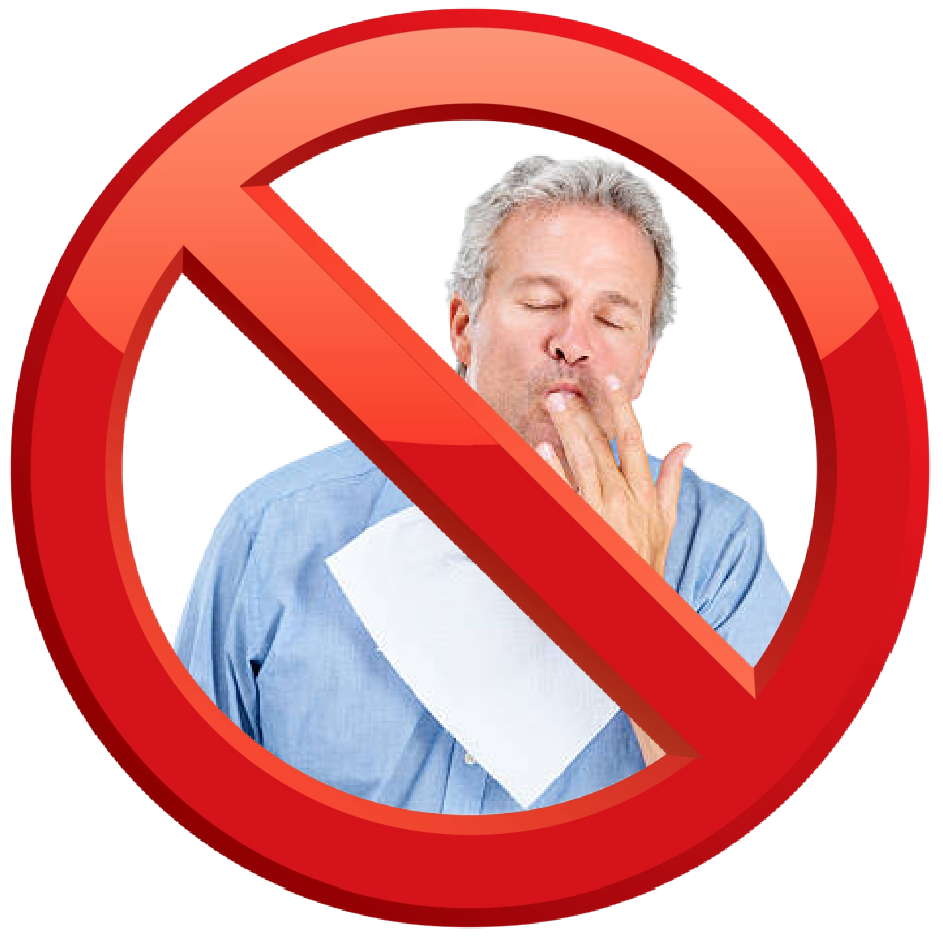 Kentucky Fried Chicken is enormously popular in Japan, but the multi-national chain got off to a rocky start in the Land of the Rising Sun. Their trademark tag line, “Finger Lickin’ Good,” accompanied by illustrations of customers doing just that, not only fell flat, but offended many potential customers. It turns out that in Japan, publicly licking one’s fingers is incredibly rude and even considered disgusting! KFC rallied, and introduced special three-fingered “chicken eating gloves” with their meals.

Knowing the most popular music, sports, foods and activities in your target market can be a tremendous asset when localizing your message. You probably know that Canadians love hockey and that people in the United Kingdom are very serious about gardening, but did you know that online casinos are wildly popular in India or that photography is on the rise in Italy? A good localizer will help you leverage popular culture to make your message resonate. 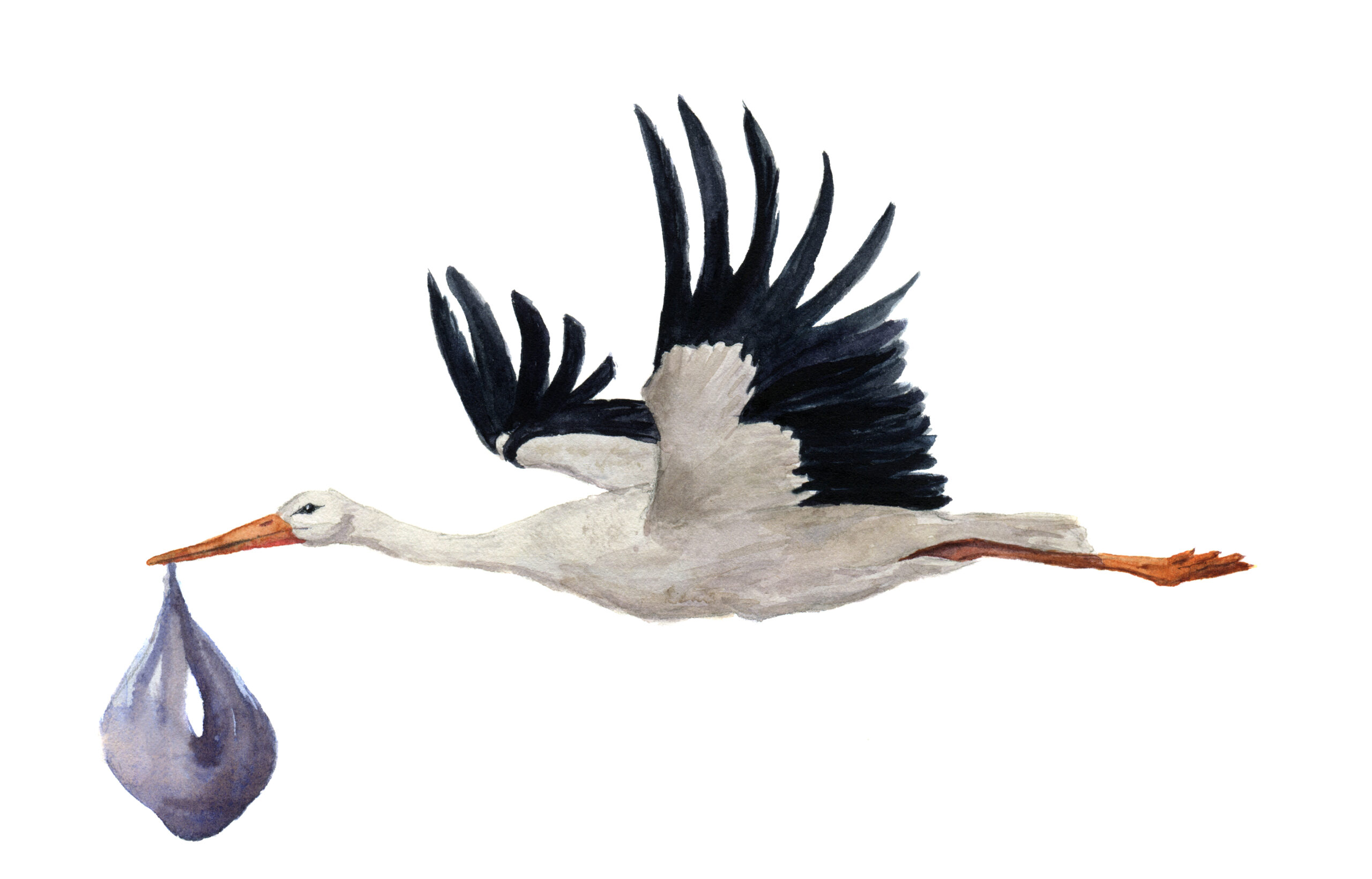 If your company markets products to young families, the well-known image of the stork delivering a precious bundle will evoke positive feelings in North American audiences, as well as in the United Kingdom and most of Europe. Other audiences are unlikely to get the significance, as Pampers marketing executives learned to their chagrin.

A marketing trend that is gaining popularity is reverse localization, which means using pop culture references from one population to grab the attention in another. To do this successfully, you need to know how recognizable your message is going to be in the new market.

For example, the NBA is popular in some non-US markets, and images of NBA stars would not only be recognized, but convey a message of power and success. People in France like the NBA so much that they’ll spend thousands of dollars to travel to the USA to see games live! Brazilians, however, are barely aware of the game, and that smiling picture of Shaq next to your logo may not make sense.

What colors are prominent on your website? In much of the western world, white space is trending. White symbolizes purity, cleanliness, and simplicity. More and more companies are modernizing their websites to an uncluttered look with simple images on white backgrounds, to great success in their local markets. In much of Asia, white symbolizes death and too much of it on your site may send an unpleasant subliminal message. 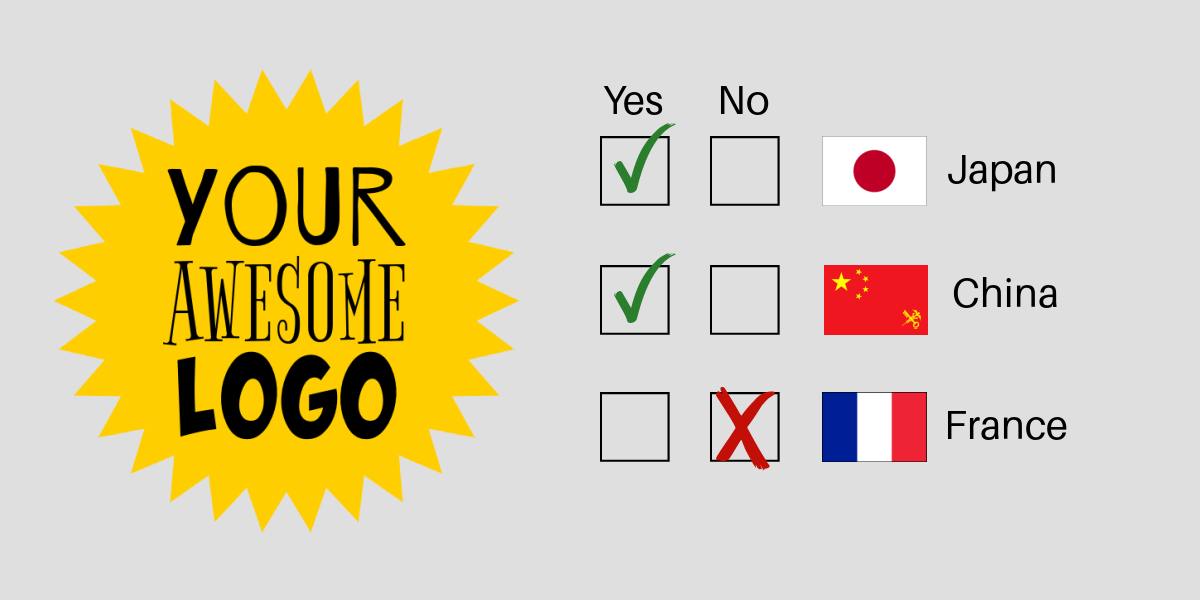 For most countries, the colors that appear on their national flags invoke positive feelings. Blue is safe almost everywhere, and red is a “power color” in most cultures. Green and yellow, however, can be tricky. For example, it’s better to avoid yellow in France and Germany, where it has negative connotations.

Your site’s layout will almost certainly need to be adjusted when the language changes, because some languages just take up more (or less) space than others. A number of factors lead to this, from the size of words to the number of adverbs and adjectives needed to accurately translate a description. For more on this, see our blog post: Text Length when Translating from English.

A Sense of Direction

Most written languages travel from left to right, and readers train their brains to view everything, from art to the selections in the grocery store aisle, in that direction. If you’re marketing to customers who read in Arabic or Hebrew or Farsi, your layout will be more visually effective if the flow is reversed. If you’re using image carousels, you may want to change the direction in which the images revolve. Your target audience will be more comfortable navigating your site.

Korean, Chinese and Japanese written language is traditionally written vertically, from top to bottom, and many web pages designed for these audiences are using vertical layouts.

To state the obvious, it doesn’t matter how effectively your website has been localized to your new audience if they can’t find it.  Do you know the exact terms your prospective foreign customers will use to search for the services and products you offer? Do you know which search engines are most popular in your target market, and how those search engines rank for keywords? Your localization expert needs to know more than the language and the culture, they need to include the words and phrases that will be most effective for Search Engine Optimization (SEO) in the country and region where your customers live.

Ready to jump in (or maybe just to stick your toe in the water)? We’ve put together a package to make it easy to decide whether it’s time to localize and how to get started. And the best part? It’s ABSOLUTELY FREE. 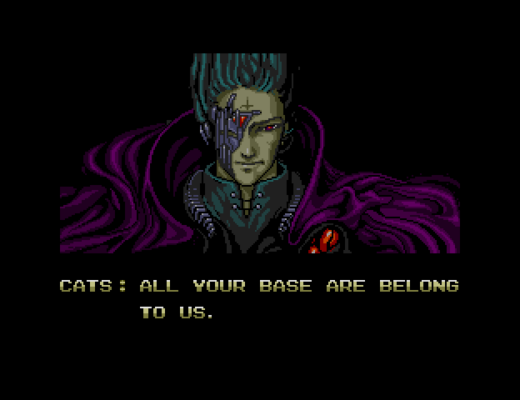 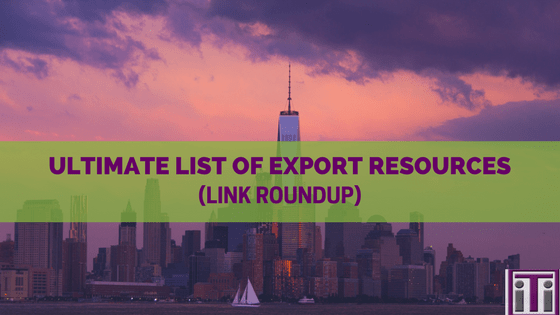 11 Export Resources You Need To Know! (Link Round Up)